Another Last-Gasp Baseball Win for Hawaii

It was a proper and fitting way for the Hawaii baseball team to close out its home schedule and set stage for yesterday’s post-game Senior Day festivities at Les Murakami Stadium.

Staging their most dramatic comeback in a season filled with late-game heroics, the Rainbows rallied from a three-run deficit going into the bottom of ninth inning for an unlikely 9-8 win over San Jose State.

It marked the fifth time this season that UH had rallied for a victory when trailing after seven innings and gave the Bows a 13-5 mark in one-run games.

The latest comeback was sparked by a throwing error by the Spartan second baseman Jacob Valdez on what appeared to be a routine play.

The victory, before an overflow crowd of 3,597, lifted Hawaii’s record to 30-21 overall and 15-5 in the WAC. It also assured UH of a bye in the upcoming WAC tournament.

Depending on the outcome of Fresno State’s makeup game against Nevada this week, UH may only need one victory against the Aggies to clinch the top seed.  That would  allow coach Mike Trapasso to set up his pitching staff in anticipation of the conference tournament.

Two other players – Kolten Wolten and Lenny Linsky – were not among those honored, because neither was technically eligible to take part in the festivities. But neither is likely to return for next season as both are expected to be picked early in the upcoming amateur draft after spending the required three years in college.

Wong originally was picked in the 16th round by the Minnesota Twins following a star-studded career at Kamehameha-Hawaii. The Big Island native turned down a $75,000 bonus from the Twins and instead enrolled at Manoa.

Wong’s stock with major-league scouts has risen since then thanks to his production for UH and last summer in the wooden-bat Cape Cod League, where he was named MVP while finishing third in batting (.341) with a .452 slugging percentage. He’s also logged extensive duty as a key member of the US junior national team.

Although he struggled n the mound yesterday, Linsky has a team-best 0.91 ERA to go with a 1-1 record and 12 saves. Opponents are batting a mere .155 against Linsky. 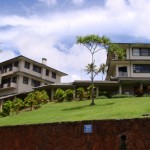