Some of you know Jake Yasui from the MMA events he has fought in on Maui such as Full Force, Hazardous Warfare and Up N UP but what some of you may not know is that Jake is a Certified Personal Trainer and Nutrition Consultant who conducts personal training sessions and weekly boot camps at his Hawaii Fitness Systems studio in Wailuku. 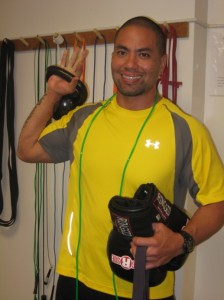 Jake with some of his fitness tools. Photo by Lisa Teichner.

Jake received his Personal Training Certification from the American College of Sports Medicine and his Nutritional Consulting Certification from American Fitness Professionals and Associates in 2009. We sat down with Jake and reminisced a little bit about his former MMA career here and discussed what motivated him to become involved in personal training and nutrition.

Maui Now: Tell us a little bit about your past experience in Mixed Martial Arts here on Maui, what got you interested in MMA and tell us about your transition from MMA to personal training.

Jake: I first started doing Jiu-Jitsu when Romolo Barros first came to Maui and introduced it at Baldwin High School in ’95 or ’96 for about 6-8 months. I eventually got into the workforce and put it behind me until about 2003. After I got married a friend of mine, Lee Viela, called me up and said he needed a workout partner to spar and kickbox with. I didn’t know how to kickbox but he said that’s OK, he’d help me. So he started working me with on my striking and I really enjoyed it. I don’t know how anyone can enjoy getting punched in the face but I really enjoyed it.

Maui Now: We see it all the time.

Jake: I really wanted to learn more. What really got me inspired to learn the sport more was watching Vitor Belfort.  I was actually lucky enough to roll around with him for about 12 seconds I think, when he came to Maui back in the day. I watched him in the UFC, I saw the way he looked and moved and I thought I want to be just like Vitor Belfort. So every time I went to the gym I would picture Vitor’s face in the back of my mind. As the years went by I had boxers help me with my stand up game. I started to do a little bit of grappling but my strategy at that time was not to go to the ground.

My first and only amateur fight was in ’05 and I was a nervous wreck. Unfortunately I lost but it was a tremendous learning experience. I really enjoyed myself and I really wanted to do it again. I realized that I was too small to be a heavyweight. I was competing at 230lbs and in the meantime I was reading about how the body works, looking at all of these fighters and comparing myself, which led me to learning about and incorporating diet along with exercise. You can’t really drop weight just through exercise; you need to focus on your diet as well. In about 2006 I ran into Zack EdLao and wanted to learn from him. Most Jiu-Jitsu practitioners here know Zack. He kind of took me under his wing and I really fell in love with Jiu-Jitsu, I didn’t even want to do boxing anymore. My first professional fight was in 2006 and I won by ground and pound. I kept studying Jiu-Jitsu and I won my next 2 professional fights by submission which gave me a modest 3-0 record and put me on top of the world (laughs). After that the promoters wanted to test me and I wanted to test myself, so my 4th fight was against Yancy Medeiros in March 2009. The outcome against Yancy was unfortunate, however I did lose to the number 1 light-heavyweight in the state. Taking it of course as another learning experience.

Maui Now: Of course Yancy is an excellent fighter who went on to fight in Strikeforce and is currently undefeated.

Jake: Yes and I’m proud to say that I, well, me and Zeke (Prados) helped Yancy to get there.

Maui Now: So what made you decide to stop competing in MMA and begin moving forward in your career in Nutrition and Personal Training?

Jake: After Yancy, I was scheduled to fight in another event that fall but I suffered an injury while at work. I tore the tendon off of the bone in my left arm which caused me to be in a cast for 6 weeks and then go through physical therapy. While I was in the cast I was sedentary and feeling sorry for myself. I started thinking about what I was going to do to get healthy and what my training was going to be like. My arm never healed to 100% and I couldn’t compete anymore at the level I wanted to compete at.

One day I was looking online and I came across a pop up ad about personal training. I clicked on it and pretty much the rest is history. I started thinking about not just helping myself but helping others to get into better shape and be healthier. So I got my certification in ’09 and in Feb 2010 I went to a youth seminar on the mainland where they offered boot camp style classes. One was kettle bells, one Olympic lifts, resistance bands. I came home with the idea that I wanted to incorporate all of these different methods into one complete class. I asked my Aunt, who has been a great help to my business, I asked her and her baby boomer friends to be guinea pigs. They really enjoyed it because their gym routine had become too monotonous, it was the same thing over again and there was no one to personally help them. I started a trial class of about 10 at her house while I was still teaching at Fitness 808. I was able to get my own studio in April of last year and then moved to a bigger area in November.

Maui Now: Since we are going to see a few demonstrations of what you do shortly, can you explain what type of exercises you do and what is the purpose of the training?

Maui Now: Both for MMA as well as for any “normal person.”

Jake: Let me talk about MMA specific training first. An MMA training plan doesn’t have to be ultra complex. It does however have to follow a strategic game plan that meets the needs of the fighter and his training regimen. There needs to be a definite progression of the training that develops from one quality to another and to another. So let’s say for instance a fighter has experience but hasn’t been doing anything for the last few months. He needs to develop strength, using free weights and sticking with basic exercises like the flat bench, squats, dead lift; building a good foundation. At the same time, he’s going to include road work (jogging), the same type a boxer or wrestler would do. Start off with a high volume of these exercises, not high intensity yet but a lot of sets, a lot of reps. The road work should be a couple of miles per day but every day. Still keeping intensity at a moderate level.  A fight camp should be no less than 8 weeks and no more than 14 weeks. A fighter does not want to over train or peak before the fight. 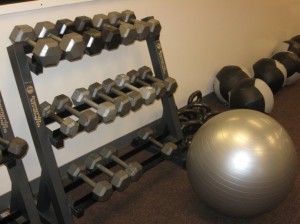 When the fighter reaches weeks 8-10 of their training, he should drop the volume and up the intensity. In the meantime he is still doing his MMA training. You cannot neglect one and just do the other or you’re gonna get your face smashed in. He can start integrating more anaerobic activities such as wind sprints, plyometrics, body weight exercises. A good protocol would be sprinting for twenty seconds, jogging for ten, sprinting 20, jogging 10. This known as Tabata Training. You are combining the strength and the speed that leads up to work capacity. The goal is for the fighter to be as fast and as strong as he can possibly be for the duration of the fight, all the while executing his takedowns, throwing precise punches and so on. And to be injury free.

Maui Now: So when you work with someone who is not a fighter, how do you approach working with them?

Jake: It depends on the person. I always do a quick assessment, ask them what they have been doing (activity wise) for the last 3 months. I demonstrate some exercises and see how they do. I would potentially modify an exercise initially and eventually lead them to the next level of that particular movement or exercise.

Maui Now: So what are you going to show us examples of today?

We asked Jake to demonstrate some strength and conditioning exercises that are effective whether you are a fighter in training for your next match or a stay at home mom who wants to stay in shape.

Jake: I am going to run through a basic strength and conditioning circuit.

(In this video, Jake demonstrates a basic strength and conditioning circuit)

If you would like to learn more information about Boot Camps, Personal Training or Custom Meal Plans, you can contact Jake at: 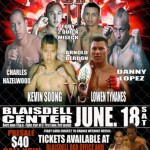 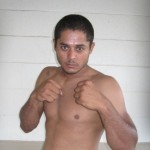 MMA on Maui Returns with War on the Valley Isle