Acclaimed ‘I AM’ Documentary Revisits Maui 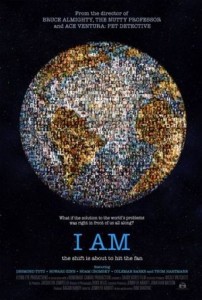 Candlelight Cafe & Cinema presents an encore of the Maui Film Festival Wailea Audience Award-winning documentary I AM at the MACC on Wednesday, October 26 at 7 p.m.

The event is a fundraiser organized by Maui Film Festival and Maui Tomorrow Foundation for the Bringing Back Baldwin Beach ‘Trees Please’ Project. This project aims to re-plant indigenous Hawaiian trees at Baldwin Beach Park in Pa’ia.

In 2007, director Tom Shadyac (Ace Ventura, Liar Liar, The Nutty Professor, Bruce Almighty) suffered post-concussion syndrome from a bike accident. Instead of asking “Why me?” his struggle inspired him to question the source of all ailments – mental, physical, and metaphysical- that curse modern humanity. From these questions and pursuit of the answers, I AM was born.

I AM follows Shadyac on an expansive journey where he asks some of the world’s most accomplished poets, scientists, psychologists, artists, environmentalists, authors, activists, philosophers, and entrepreneurs their opinions on the world’s problems and their personal concepts of truth. Some of the interviewees include Desmond Tutu, Howard Zinn, Noam Chomsky, Lynne McTaggart, Coleman Barks, and Thom Hartman.

Through the process of interviewing these significant minds, Shadyac discovered that problems like hunger, poverty, and environmental crises are only symptoms of a greater plague which needs constant discussion and conscious effort to be revealed and, eventually, solved.

As Shadyac questions human existence and truth, audiences question his elusive title choice. Perhaps the title refers to one of the quotes in the film by South African apartheid activist and Desmond Tutu, “The truth of who we are is that we are because we belong.” 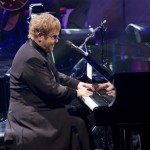 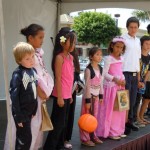