A driving instructor, and state of Hawaii employee were charged with fraud for allegedly producing driver licenses without lawful authority.

A federal grand jury returned an indictment yesterday against In Chan Park, 53, of Honolulu, and Paige Teruya, 47, of Waipahu, Hawaii.

Park is a driving instructor, and Teruya is a clerk at the Dillingham office of the Honolulu Customer Services Department.

The two are accused of conspiring to produce Hawaii driver licenses without lawful authority on three separate occasions.

According to the indictment, for a fee, Park would agree to provide Hawaii driver licenses to foreign citizens who were not in the United States legally, and did not qualify for a driver license, said United States Attorney for the District of Hawaii Florence T. Nakakuni.

The indictment further alleges that Park provided information to Teruya, who would input it into the state system in order to produce a driver license.

“Targeting schemes like this that enable individuals who are not in this country lawfully to obtain legitimate US identity documents is a top enforcement priority for US Immigration and Customs Enforcement’s (ICE) Homeland Security Investigations (HSI),” said Wayne Wills, special agent in charge for HSI in Hawaii.

“This type of fraud poses a serious security vulnerability, one that often contributes to a host of other crimes – including identity theft and financial fraud,” said Wills.

Arraignments and pleas for both defendants has been set for November 22, 2011.

An indictment is only an accusation, and each defendant is presumed innocent until and unless proven guilty by a court of law. 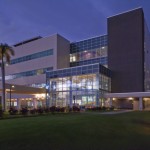 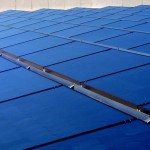