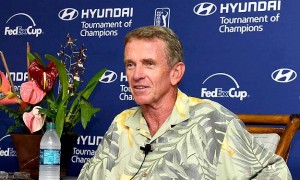 PGA TOUR Commissioner Tim Finchem doesn’t think moving the Hyundai Tournament of Champions to the West Coast would translate to more eligible player’s participation and expects The Plantation Course at Kapalua to remain the host course.

“I think everything is in good shape here,” Finchem told the media Sunday.

Several of last year’s winners are not in this week’s field, due to a wide range of factors, from injuries to family obligations to a late European Tour season, Finchem said of their absences.

“Of the 10 or 11 players … five of them were not able to play because they had a baby or they got hurt, so they are not going to play,” he explained. “And to a European player who has played deep, deep into November and December, can make the trip, it’s not much difference to come from Europe. So I don’t see that as a significant factor.”

The commissioner did say the structure of the tournament will be evaluated after this week in case there are any opportunities to get more players involved. But he stressed that he wouldn’t want to assume that changes will be made.

“It may be that we want to tinker with the structure of the tournament, and we’ll look at that,” he said.

“I know Hyundai is very pleased as a sponsor at this point,” he said. “I think the telecast is superb, and most of the players that the fans are interested in, the young players coming up, are here.”

And as far as having Hawaii as the backdrop?

“Visually this combination of HD television and now the aerial support that they have from a photography standpoint may be creating the best visual week that we have on the TOUR,” Finchem said. “It’s really quite spectacular.” 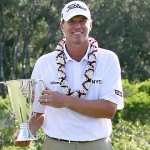 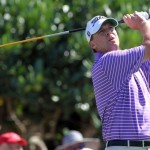