The Board of Trustees for the Office of Hawaiian Affairs (OHA) today named Research Director Dr. Kamana’opono Crabbe as the organization’s new chief executive officer.

“We are extremely pleased with this appointment,” said Colette Machado, chair of the OHA board of directors, in a written statement. “It’s a well-considered decision that enables a smooth leadership transition at OHA. Kamana’o has an outstanding reputation for organization and managing by consensus.”

Crabbe joined OHA’s executive team in November 2009 as research director. He came to OHA from the Waianae Coast Comprehensive Health Center, where he served as a licensed psychologist and director of training.

He has long-served the Native Hawaiian community and the residents of Hawai’i in the area of clinical psychology, family therapy, and Native Hawaiian health research. Crabbe is a graduate of Kamehameha Schools and received his undergraduate and graduate degrees from the University of Hawaii at Manoa.

“It’s a great honor and privilege to be able to serve as CEO,” Crabbe said. “I look forward to building on important relationships and addressing the critical issues facing our organization.” 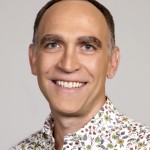