Condolences are being shared today as news of the death of six Hawaii-based Marines has been confirmed.

The Marines were killed in a helicopter crash in southern Afghanistan.  Authorities say they were part of the CH-53D Sea Stallion helicopter squadron, based of out Marine Corps Base Hawaii, at Kaneohe Bay.

“The loss of the six US Marines in yesterday’s helicopter crash in Afghanistan comes as tragic news for our island community and our nation,” said US Congresswoman Mazie Hirono in a statement today.

“We owe them and all of our brave servicemen and women a debt of gratitude for their dedication to our country. I send my thoughts and sympathies to the families and loved ones of our fallen Marines,” said Hirono.

Fellow Congresswoman, Colleen Hanabusa, also of Hawaii expressed similar sentiment saying, “All who have called Hawaii home are part of our island ohana, and every loss like this touches us deeply. It is a reminder of what we ask of those few proud souls who answer our nation’s call.”

Rep. Hanabusa said those who were lost displayed great courage and honor in serving our country, making the ultimate sacrifice for their commitment.  “My thoughts are with their families and loved ones, and with all of the brave men and women who are facing the dangers of war today,” she said.

The release of identity of those killed is pending notification of next of kin. 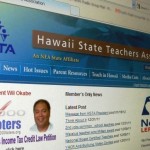 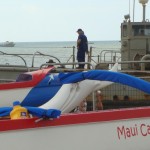