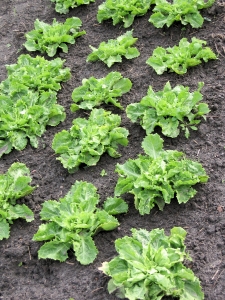 In recognition of exemplary beautification projects in Hawaii’s public schools, the Cooke Foundation Ltd. is presenting awards of $5,000 each and a koa plaque to three Hawaii schools who have enhanced the overall appearance and ambiance of their campuses.

The 2011 beautification award winners are and Haiku Elementary School, Lahainaluna High School on Maui, and Kawānanakoa Middle School on Oahu.

The award will be presented to students and faculty at each school: on January 25, 10 a.m. at Haiku Elementary School; and at 1:15 p.m. at Lahainaluna High School.

Established in 2008, the Cooke Foundation Beautification Awards for Public Schools are given annually to nominated public or charter schools that have significantly improved the appearance of the campus through landscaping or artwork.

Specific criteria are required for nominees such as participation by students, parents and faculty/staff, and a maintenance plan that involves the school community or outside organizations.  To date, $60,000 has been awarded to 11 schools across the state.

“A beautiful environment at school is conducive to learning and encourages respect for one’s school, respect for others and respect for oneself,” said Lynne Johnson, Cooke Foundation Vice President and Trustee.  “Maintaining such an environment nurtures a sense of community and develops school pride.”

The following projects will be presented the award this month:

Haiku Elementary School, Maui – Creation of Mala O Haiku (the Garden of Haiku), an organic garden to teach youth about sustainability and stewardship, enhance the beauty of the campus and to engage students in a hands-on project to instill a sense of pride and ownership in the school. Haiku Elementary School is a member of the Maui School Garden Network.

Lahainaluna High School, Maui – In an effort to stimulate more interest in agriculture in students and the community, major improvements were made to the school’s Agriculture Lab facility through revitalizing the school’s land areas. Through the involvement of faculty, students and community members, the area was landscaped and includes Native Hawaiian plants and flowers, tropical fruit trees and vegetable crops. Lahainaluna is also a member of the Maui School Garden Network.

Kawānanakoa Middle School, O‘ahu – The entire school body planted 24 trees to create a Native Hawaiian Arboretum on the campus.  Arborists from the City, State, UH Mānoa and private industry guided the students in planting eight clusters of trees, with each cluster being a specific native Hawaiian tree species. 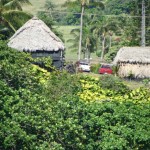