Ocean Safety crews on Maui were busy partolling the south Maui shoreline today as they responded to two separate incidents: one involving a shark encounter, and another involving the search for a missing kayaker last seen on Tuesday.

Kamaole Beach Parks I, II, and III as well as neighboring beaches along the south Maui shoreline were closed to swimmers after a shark reportedly bumped a swimmer near Kamaole III earlier today.  Ocean safety officers responded and no injuries were reported.

County officials say the shark was described as a 12-14 foot tiger shark.

There were also jet skis and a rescue helicopter scanning the area encompassing the south Maui coastline for a missing kayaker last seen yesterday.  The man’s empty kayak was found yesterday in about 60 feet of water  off of the Whale Sanctuary in Kihei. 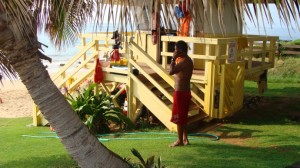 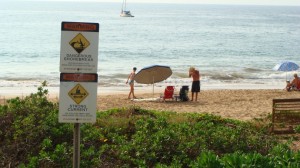 Kamaole Beaches were closed today following the sighting of a tiger shark off of the South Maui coastline, Jan. 25, 2012. Photo by Wendy Osher. 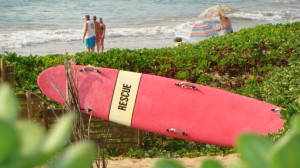 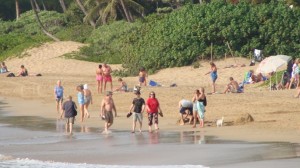 Kamaole II. Beachgoers stayed out of the water following a shark encounter at the nearby Kamaole III, Jan. 25, 2012. Photo by Wendy Osher. 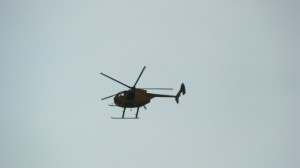 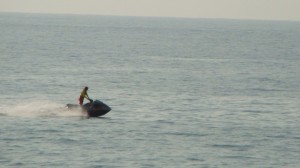 Ocean Safety crews patrol the waters off of Kamaole, 1/25/12. Photo by Wendy Osher. 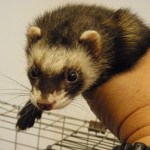