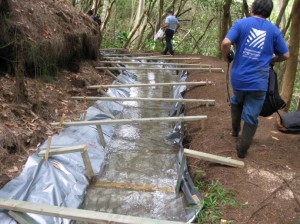 The Molokai Irrigation System is among a list of nine projects that will share in $13 million in CIP funds released by the state.

A total of $1.25 million was released for the planning, design, and construction of the Moloka’i Irrigation System.

The funds will go toward the replacement of an above-ground concrete flume with an underground pipeline.

The money will also be used for the installation of a new hydropower plant and structural stabilization of an access bridge for the Molokai project.

“As we continue to shift Hawai’i’s economy to a sustainable foundation, our investment in New Day Work Projects must include upgrading our agricultural and irrigation systems, which is critical to our food security,” said Gov. Abercrombie. 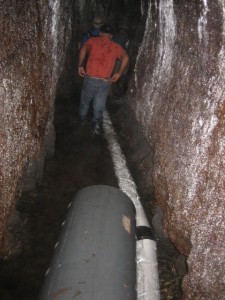 Russell S. Kokubun, chairperson of the Hawai’i Board of Agriculture said the projects selected for funding will greatly support and expand agriculture in Hawai’i.

“Much of the state’s agricultural infrastructure is decades old, and it is important to maintain and upgrade them and keep them in service to Hawaii’s farmers, growers and ranchers, now and for the future,” said Kokobun.

Projects identified and funds allocated include: 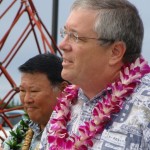