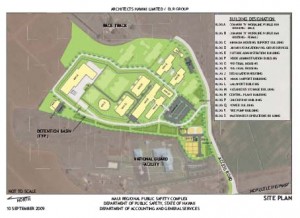 Discussion has resurfaced on plans to build a jail in Puunene on Maui–the latest version of which is led by the State Department of Hawaiian Home Lands.

DHHL Project Manager, Kimo Kai provided testimony before the Maui County Council today, saying, “DHHL has taken the lead on this project because it has strategic land interests in the area, and also to provide a means to rehabilitate and bring home some of our Native Hawaiians, who are beneficiaries, that are incarcerated in the mainland.”

Kai said the project has been in the works by the state Department of Accounting and General Services and Public Safety Department since the mid 1990s, but has not moved forward due to the lack of financial commitment; and because, he said, “no formal plan has been put in front of the governor or the state legislature.”

The last version of the plan stalled during the previous gubernatorial administration, despite efforts from former Governor Linda Lingle to find a feasible means of financing the construction of the project.

At the time, the project was targeted at $235 million, and was proposed for construction on 40-acres of land in Puunene.  The goal was to alleviate overcrowding at the existing 7-acre Maui Community Correctional Center facility in Wailuku, and also meet future growth needs.

The DHHL plans to submit a request for quotation in an effort to find and procure a qualified consultant to assist the department in putting together a new proposal.

Once that is complete, the department then plans to present the proposal to the governor and the state legislature for the 2013 legislative session.

Kai said the DHHL’s request for quotation will be posted in the next two weeks. Meantime, he said, DAGS will release its Draft Environmental Impact Statement for the project on February 27, with posting expected on March 8, 2012.

Council member Gladys Baisa was among those who offered comment following Kai’s testimony, saying, millions of dollars have already been spent over the years on planning.  “I hope that those funds will be used, and that we don’t have to start from scratch,” she said.

Council members asked that they be notified of any public meetings that are planned as the project moves forward. 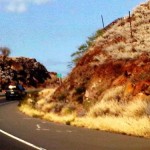