A 75-year-old woman who became separated from a group she was hiking with on Saturday, was airlifted to safety after being found just before 8 a.m. on Sunday, February 5, 2012.

The group had ventured out at LaPerouse, and the woman reportedly became separated from the hiking group at around 2 p.m. on Saturday.

The call reporting the woman missing was made at 8 p.m. on Saturday, and search and rescue crews were dispatched to conduct an assessment.

A search was launched at 5:45 a.m. on Sunday, and included members from the Maui Fire Department’s Air-1 Helicopter, Rescue-10 from Kahului, and Ladder 14 from Wailea.

The missing woman was located and picked up by the Air-1 helicopter and transported to a parking area where her husband was waiting to take her home.

The woman did not sustain any injuries, and did not require medical assistance. 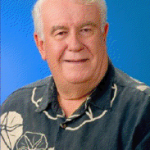