University of Hawai’i will play Nebraska in a spring exhibition women’s volleyball match on March 23 at War Memorial Gym.

The match is tentatively set for 6 p.m. as part of a weekend doubleheader that would include a UH football scrimmage on March 24 at War Memorial Stadium. Ticket information is not yet available.

The Rainbow Wahine (31-2) finished No. 5 in the final AVCA coaches poll, falling to USC in the NCAA regional semifinal in five. The Huskers (25-5) were No. 12 in the final poll, after being upset in the NCAA second round by Kansas State.

Nebraska last traveled to Hawaii for a spring match in 2005.

The Hawai’i men’s basketball team takes on Nevada in a crucial Western Athletic Conference contest Thursday.  All fans are encouraged to wear black as part of a “Blackout” at the Stan Sheriff Center. Tip off is 7 p.m. The game will be televised live on OC16.

After playing three straight road games, the Rainbow Warriors (13-9, 5-3 WAC) return home for a three-game home stand, beginning with a game versus the first-place Wolf Pack (19-4, 8-1 WAC). UH is currently third in the WAC and can gain ground in the league standings with a win over Nevada.

UH has won three of its last four games. Nevada, meanwhile, is coming off its first WAC loss of the year, a 72-68 home setback to Idaho on Saturday. The Wolf Pack owned the nation’s longest win streak at 16 games before the loss to the Vandals.

This will be the second meeting between the teams as the Bows look to avenge a 77-74 loss in Reno on Jan. 14.

Following its game against Nevada, UH will take on Fresno State on Saturday, Feb. 11 at 7 p.m.

Thomas, a junior forward from Washington, DC (College of Southern Idaho), helped rally Hawai’i to an 83-81 overtime road victory at San Jose State last Saturday. Thomas scored a career-high 29 points with 12 rebounds to notch his fourth double-double of the season. Thomas connected on 12-of 16 shots (75.0 percent) from the field and went 5-of-9 from the free throw line. He also added four assists and two blocks. Thomas helped UH erase a 14-point second half deficit by scoring 11 of UH’s points during a key 16-0 run. It was the Rainbow Warriors’ third WAC road win of the season and second in overtime this year. 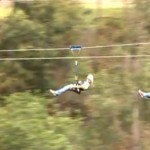