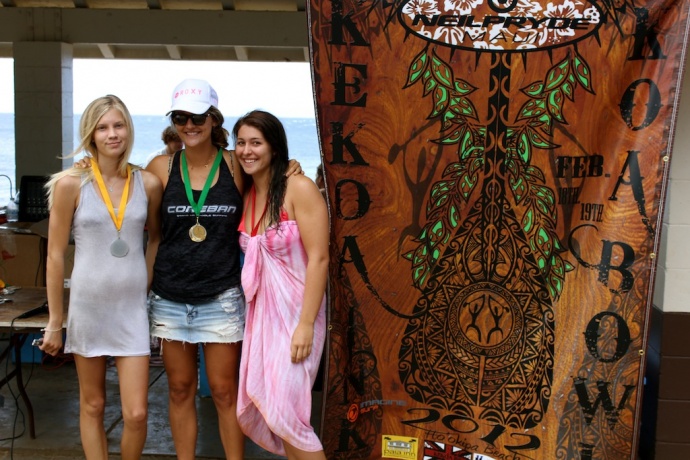 The event was sponsored primarily by Kekoa Ink from the Big Island, with Neil Pryde as the presenting sponsor. Maui’s own Handsome Bugga Productions organized the competition.

There were a total of nine divisions in the competition, each judged according to wave performance and ride duration. 73 surfers in total registered and participated in the event.

Competition winners within in the top three placements of each division were awarded medals for their achievements.

To make sure competitors and spectators did not go hungry during the day of activity, Flatbread Pizza Company in Paia donated 40 pizzas toward the event.

“We even had enough to feed the tourists,” said Handsome Bugga Productions’ founder Rodney Kilborn. 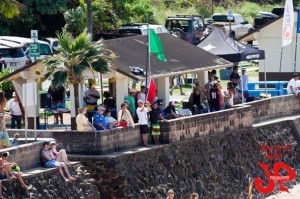 “The competition went as best as we could have hoped. Guys who hadn’t been in the water in years participated, and not one person complained about weather conditions. Local pros like Kai Lenny even came out,” said Kilborn.

“Since this first Ho’okipa competition went so well, we’re talking about starting a series of other competitions this year there. We like to see Maui competitors and Maui families coming out to these events. There has been no opposition to the idea of having stand-up contests at Ho’okipa. We need to bring some balance to our lives over here.”

Surfers gathering on the beach for the competition. Photo by Jimmie Hepp.

“I never thought I’d see the day when Ho’okipa would hold a stand-up surfing competition. It was great that everyone came out. I’m used to doing contests in California and off island so it was really cool to do a stand-up surf contest on Maui at my home break.”

19-year-old Gangini was joined in the competition by her 17-year-old sister and best friend, Tehani Gangini, who followed close behind and won second place in the same division. 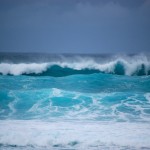