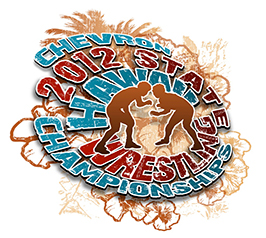 If Lahainaluna High School’s Chanse Uyeda is going to successfully defend his state wrestling championship he is going to have to do it as an unseeded wrestler as a result of finishing runner-up at the Maui Interscholastic League championships.

Uyeda is one of 11 returning state champions from last year in this weekend’s Hawaii High School Athletic Association’s Chevron State Wrestling Championships at the Neal Blaisdell Arena. Weigh-ins start at 8:30 a.m. on Friday and Saturday. Preliminary matches on Friday and consolation action on Saturday begin at 10 a.m. on both days.

Uyeda earned one of only two gold medals from the MIL last year, stopping Iolani’s Ian Akamine from attaining his third straight state title with a 9-4 decision in the 147-pound final. Uyeda, a senior, moved up to 154 pound this season and was beaten by Kamehameha Maui junior Andrew Kahalewai last week at the MIL championships.

As champion, Kahalewai is seeded No. 2 in the 154-pound weight division. Like Uyeda, Kahalewai wrestled at 147 last year and he earned a bronze medal at the state championships.

The lone MIL No. 1 seed is Molokai’s Mikayla Pico, in the girls 98-pound division. Pico was second at 100 pounds last year.

Besides Kahalewai, the MIL’s other second-seeded wrestlers are King Kekaulike’s Austin Bloch (140) and Maui High’s Totauhelotu Lotulelei (189). Maui High’s Gerald Dionio is the No. 3 seed at 114. Molokai’s Dhavin Spencer-Basa is No. 3 at 285, and Kailen Inouye is No. 4 at 135.

In the girls division, Molokai received two No. 2 seeds in Rizpah Torrres-Umi at 120 and Charisse Manley at 125. Baldwin’s Courtney Taua is No. 2 at 175. Seeded third are King Kekaulike’s Jenna Rose Mauliola (103) and Lahainaluna’s Kiana Yamat (114). The fourth seeds are Lahainaluna’s Mahea Kaaihui-Falahee (108), Carly Jaramillo (130) and Breanna Dudoit-Vasquez (140); and Baldwin’s Hailey Namauu (155) and Sydney Ibarra (220).

Punahou is favored to get the biggest haul in both divisions, with defending state champion Mindy Chow, Zoe Hernandez and Taira Kaye earning top seeds in the girls competition and Todd Murakawa, Bryan Peralta, Laurent Remillard and Zachary Hernandez seeded first on the boys side. Only Kamehameha-Kapalama boys, with Tyson Kuahine, Ikea Ikehara and Dane Pestano, and Mililani’s, with Braydon Akeo and Chase Tantog, have more than one top seed. 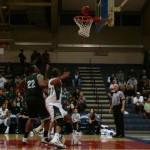