The University of Hawaii men’s basketball team (15-13, 6-6 WAC) returns to the Stan Sheriff Center for its final two regular-season conference games, starting tonight at 7 when the Rainbow Warriors meet Idaho (16-12, 7-5). The game will be broadcast live on OC Sports channel 12.

The Rainbow Warriors are in the middle of a tight Western Athletic Conference race. UH is currently in a tie for fourth-place and can finish anywhere between third- and sixth-place heading into next week’s WAC Tournament in Las Vegas. The Vandals are one game ahead of the Bows and a UH win tonight would put the teams in a tie for third.

The Bows return home following a grueling 10-day trip in which the team dropped three straight games — all by double-digits. Vander Joaquim led UH with 20 points and 10 rebounds for his 11th double-double in UH’s last game at Louisiana Tech. The junior center has been a force for the Rainbow Warriors, leading the team in scoring (14.8 ppg), rebounding (9.8 rpg), field goal percentage (.572) and blocks (53).

UH will host its final WAC game when it plays Utah State in a “Whiteout” game Saturday night. Zane Johnson and Jeremiah Ostrowski will be honored following the game as part of “Senior Night” festivities.

UH is coming off a five-game sweep of Wagner College. Leading the charge is senior Collin Bennett who batted .357 (5-14) this past series and currently leads the team hitting .423. He has also posted eight RBI and two doubles this season, also team-highs. Freshman Kaeo Alivido, who had been batting a paltry .136 heading into last Sunday’s series finale, exploded for four hits with two runs and two RBI and reached base in all six of his plate appearances.

Matt Sisto continues to lead the Rainbow pitching staff. He has a team-best two wins (2-0) and has yet to allow an earned run in 15 innings pitched.

The 13th-ranked UH men’s volleyball team returns to Mountain Pacific Sports Federation action with a grueling road trip that consists of four matches over six days against two of the top teams in the conference.

After dropping four straight matches against No. 2 UC Irvine and No. 1 UCLA, Hawaii took a break from league action with a two-match exhibition series with Nittaidai of Japan last week at the Stan Sheriff Center. .

The upcoming road trip is UH’s third of the season and most difficult. The Warriors are 2-2 on the road this season.

The No. 22 Hawaii softball team (12-0) returns home this week to host the Bank of Hawaii Invitational, March 2-4. The Bows will battle Radford, UC Santa Barbara, and No. 20 Florida State in the three day tournament at the Rainbow Wahine Softball Stadium.

Hawaii is off to its best start in program history, bettering its former record of 7-0 set last season in 2011. Although UH was idle this past week, the Bows moved up to No. 22 in the National Fastpitch Coaches Association/USA Today Poll and entered the ESPN.com/USA Softball Poll and No. 22 as well. Solid pitching and a potent offense have been the story thus far this season. UH’s pitchers — senior Stephanie Ricketts and junior Kaia Parnaby — have a combined ERA of 0.66 with 79 strike outs to 15 walks and six shut outs. Offensively, the ‘Bows have pounced on opponents’ pitching, outscoring their counterparts 109-to-11 —59-to-0 in the first three innings alone. 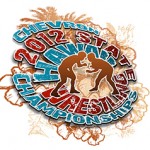