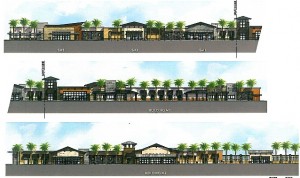 The proposed Kihei Pi’ilani Promenade retail outlet shopping mall (“Mall”) was recently sprung on the community without notice or debate and presented as a “done deal,” allegedly based on approvals secured many years ago.   The history of the project presents an entirely different picture.

In 1994, the Kaonoulu Ranch petitioned the Hawaii state Land Use Commission (LUC) for a boundary amendment to convert the property from agricultural to urban.  At that time the Ranch proposed to build what it called the “Kaonoulu Industrial Park.”

The LUC granted the petition conditionally, requiring the owner to do several things, including (1) construct a frontage road parallel to Pi’ilani Highway, (2) “develop the property in substantial compliance with the representations made to the commission (to build an industrial park), (3) obtain amendment of the Kihei Makena Community Plan to support the development and (4) secure a zoning change to light industrial use.

In 1998 the Kihei Makena Community Plan was amended and enacted into law by the county.  The community plan, which remains in effect today, restricted commercial development in three distinct locations in Kihei, none of which include the Mall property, and it specifically restricted development of the Mall property into light industrial use with only incidental commercial use.  Per the LUC’s order, these conditions were recorded against the property, “run with the land” and still govern the property today.

On January 29, 2012, the Maui News reported that a California developer would begin construction of “the largest outlet mall in Hawaii” on the property site.  The Mall is described as an outlet project, does not include any industrial uses and is advertised on its website as “sitting at what is projected to be the largest intersection on the island…”

I urge the administration to take no further steps to advance the development of this project until compliance with the LUC order and the community plan is assured and the use of the property is restored to its original intent.

In addition, I urge all concerned citizens to express their opinion about this project to their respective county council members, the mayor and the directors of public works and planning.

Either we are a community of law or we aren’t.  Let’s end the old ways of doing business on Maui and create a better future together. 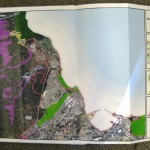 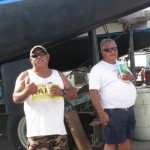