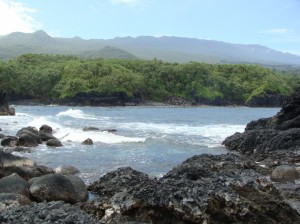 The Hawaii State Senate today gave unanimous approval to a bill that would suspend landing fees for air carriers that provide interisland service to six rural airports in Hawaii.

“This measure encourages commercial air carriers to continue service to the remote parts of our State,” said Senator J. Kalani English, chair of the Senate Committee on Transportation and International Affairs, who also represents rural portions of the Maui community. “In effect, I hope it increase reliability and stabilize air fares.”

In East Maui community of Hana, there were 900 flights last year–that’s a decrease from the 2,100 flights reported in 2006, according to transportation data researched by the state Senate.  Those 900 flights in 2011 were non-commercial or private air carriers.

The decrease in service was also pronounced at Waimea-Kohala airport which saw a decrease from 2,000 flights in 2006 to 700 in 2011, according to the same data.  Steady declines were also reported at Kalaupapa, Kaplaua and Lanai airports over the last five years.

“The flight service to the rural airports serves as a lifeline to other parts of the State for residents living in those areas, especially for those needing vital medical attention,” said Sen. English in a statement today.

The measure was amended earlier this session in light of concerns raised by the  Airports District Office of the Federal Aviation Administration which advised that an earlier version of the measure violated the State’s grant assurances.

The bill was one of 372 items passed by the Senate today.  SB2960 passed on third and final reading in the senate with 25 yes votes, and none against.

The measure is now headed to the House for consideration.

House Advances 286 Bills With Focus on Economy and Job Growth