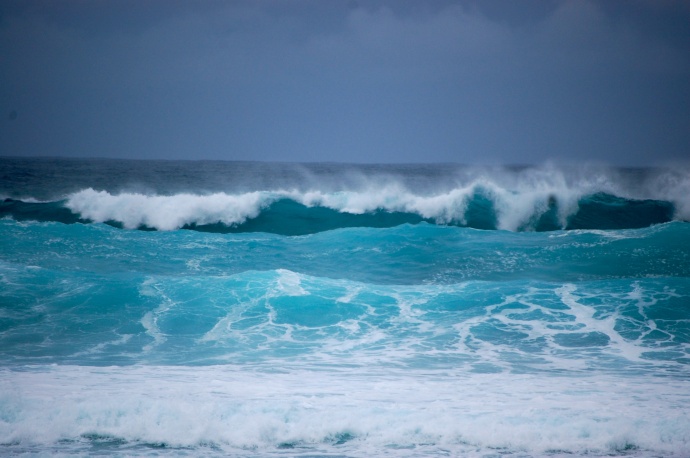 A large swell promised to bring 15 to 20 foot waves today to Maui’s north shores and 12 to 16 foot waves to east shores – a warning for some, but an invitation for others.

Stormy weather is inducing rapid sets of battering waves and winds that are compromising what looked like a potentially promising surf day on the North Shore for the island’s more zealous surfers.

Currently, waves on the North Shore at Mama’s Fish House Beach, Ho’okipa Beach Park, Turtle Bay, and Maliko surf spots are in the 10 to 15 foot range and the water is nearly empty of surfers.

Kona winds and storm clouds are blowing in from the south at 17 mph.

The north-northeast swell is expected to carry through today and Wednesday, and will decline on Wednesday evening.

A High Surf ADVISORY/WARNING has been issued and extended by the National Weather Service in Honolulu for Maui’s north and east shores. The warning will remain in effect until 6 p.m. on Wednesday, March 7.

A High Surf Advisory means that beach-goers are urged to stay out of the water and away from the shore to avoid being compromised by deadly  rip currents and large, dangerous waves breaking close to shore.

Supporting information provided by the National Weather Service in Honolulu. 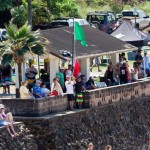