Department of Hawaiian Homelands Director, Alapaki Nahale-a, will resign on May 15, 2012.

“Working for state government at this level has been a rewarding experience but also taxing on a number of levels,” said Nahale-a in a statement today.  “While I am proud of all that we’ve accomplished so far, the decision for me to move on is what I believe is best for my family, which is my number one priority.”

Governor Neil Abercrombie, who accepted the resignation this afternoon, said, “Alapaki is a man who has and will do good things for Hawai’i, especially native Hawaiians.  While I am saddened by his resignation, I am very proud of the work that he has done.”

“He has reminded me of the sacrifice that many state workers are making to better Hawai’i and I appreciate the dedication and performance that is still being given under challenging circumstances,” said Gov. Abercrombie.

A search for a replacement is now being launched.  Nahale-a is expected to assist in the transition for his successor following the legislative session.

“I want to thank the many beneficiaries, staff, and especially the governor for their support as we worked to incorporate New Day initiatives at DHHL while staying true to the trust established by Prince Kuhio Kalanianaole,” said Nahale-a.

Earlier this month, Nahale-a testified before the Maui Policy Committee on behalf of the DHHL and the department’s support of constructing a jail in Puunene.

DHHL took the lead on the project because of the department’s strategic land interests in the area, and also to provide a means to rehabilitate and bring home some native Hawaiians, who are beneficiaries, that are incarcerated on the mainland. 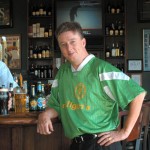 Alleged Attempted Use of Stolen Credit at Kahului Walmart