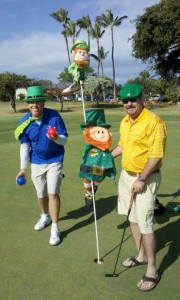 Four of Maui’s Irishmen join forces on today’s St. Patrick’s Day in “Sharing the Green” as they host a charity Golf & Extreme Bocce tournament on the grounds of the Wailea Old Blue Golf Course.

“Sharing the Green Event” host Mike O’Dwyer was born and raised in Tipperary, Ireland. He moved to Hawaii in May of 1996 with a dream of someday owning his own restaurant.  That dream was realized dream on May 1st, 2001, when he opened Mulligans on the Blue.

“Maui is a great island to make a home and it feels good for me to be able to give back and show my thanks to Maui for accepting me,” said O’Dwyer.

The creator of the Extreme Bocce event, Patrick “PK” Kilbride is a third generation transplant from Ireland. 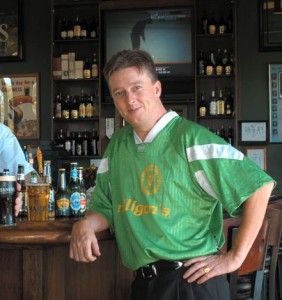 Mike O’Dwyer- owner of Mulligan’s on the Blue restaurant and bar. Courtesy photo.

“My family, the Kilbride’s and the O’Connors, included 20 children. We grew up in Miami in the mid to late 1950s quite poor and often hungry. I never would have survived those tough times without the support of Living Angels. The support of these living angels got me to where I am today,” he said.

The four Irishmen invite the public to join them for golf or bocce ball today, March 17, at Mulligan’s on the Blue.

The event includes a gold tournament four person scramble, with a shot gun start at 7 a.m.at the Wailea Old Blue Golf Course; followed by a bocce ball tournament set to start at 9 a.m.  Lunch and a silent charity auction takes place at noon. 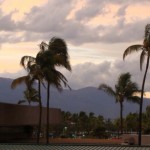