Events are popping up all over the valley isle this weekend to celebrate the  beginning of the spring season and, for some, spring break. 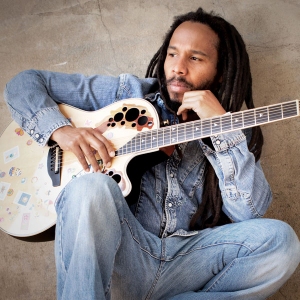 Reggae music icon Ziggy Marley will be joined in concert by Marty Dread and the acclaimed reggae group Inner Circle in the MACC’s Yokouchi Pavilion/A&B Amphitheater.

Ziggy Marley, son of reggae legend Bob Marley, has won five Grammy Awards and has released six popular solo albums since 2003 including his 2011 album, Wild and Free, which he is currently celebrating on tour.

February’s Paia Fourth Friday was a Mardi Gras blowout where visitors filled the small town’s streets until after midnight. Paia merchants have collaborated towards another fun theme for this month’s party – the arrival of spring.

Music will fill the streets of Paia starting at 6 p.m with a live performance from the duo Simmer Street, and mellow jams from singer/songwriter Miranda Ellis down the street at Indigo Paia.

Paia’s shops and restaurants will have special spring discounts and will stay open late to celebrate.

Later in the evening, Maui band The Kryptones will be joined by singer Lia Live at Charley’s Restaurant to mix up the dance floor with funky island reggae. The show starts at 9:30 p.m. and the entry fee is $2o.

Previous County on Your Corner. Photo by Madeline Ziecker.

‘County on Your Corner’ Kahului Saturday, March 24 from 10 a.m. to noon on the UH Maui College campus.

March’s ‘County on Your Corner’ meeting will be held this month in Kahului at the Maui Swap Meet on UH Maui College’s campus.

County on Your Corner is an event where Maui Mayor Alan Arakawa meets and interacts with residents in a different Maui location each month.

This month, Mayor Arakawa will be joined by Councilmember Joseph Pontanila and  members of Arakawa’s cabinet to answer questions and discuss improvements or changes proposed by the public.

Maui Ocean Center will host a clean-up for the surrounding areas of  its aquarium. Strong Ma’alaea winds have recently cast debris around the center that needs to be collected.

Participants are to meet at the center’s back gate next to a two-story office building.

Rebel Souljahz with Hoaikane Saturday, March 24 at 10 p.m. at Ocean’s in Kihei. Entrance  to the concert is $20.

Honolulu band Rebel Souljahz will play an island-style reggae show with Kona-based Hoaikane for one night on Maui.

Both acts play a mix of old school and island reggae akin to the music of major reggae groups SOJA and Katchafire.

Power Up Comedy will present a comedy show with a hint of sadness in saying goodbye to one of their fellow comedians, Jose Solorzano.

Solorzano will headline the show, which will be hosted by Maui funny man Chino LaForge. Brad Starks will also jump on the mic.

Music from Brad DJ Del Sol and margarita specials will flow throughout the night for thee funny farewell bash.

Charley’s will host a DJ dance party  to kick up Saturday night on the north shore for the beginning of spring.

Both DJ’s will spin groovy house music into the night. House music can inspire overly-excited, shoe-flinging dancing, so make sure your laces are tied tight.

DJ’s Kurt and  Astro Raph will play a mix of dub step, house, and hip-hop for dancers who want to sweat it out in the cool of Makawao as spring heats up.

Girls can enter in the “booty battle” to win a $500 shopping spree, bringing a whole new meaning to the phrase “shake your money maker.”

Drink specials such as $2 Steinlagers, $3 Coronas, and $4 well drinks will be offered.

It’s rare that shows like this are free, so it is advised to arrive early before space fills up.