Maui police responded to 9 residential burglaries over a seven day period, between March 18 and 24, 2012. 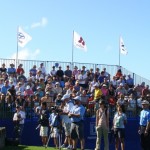