Maui Now was flattered to be one of the panel of experts selected to judge the Kula Maui Onion Challenge.

In this event Ka’anapali chefs were invited to create new and imaginative dishes using the humble onion as an entree or an appetizer. They presented their dishes at the Westin Maui Resort & Spa Tropica Restaurant on Thursday, April 12.

The top six dishes selected, as ranked by the panel, will go on to compete for awards at the annual Maui Onion Festival at Whalers’ Village in May.

What can we say? Who dreamed there were so many ways to use an onion? Who knew that there was a limit to the amount Maui Now could eat? Though we don’t yet have the results of the Kula Maui Onion Challenge as rated by the experts, here are four of our own choices worthy of your consideration.

Best Use of Onion

Remember the old cliché: “If life hands you a lemon – make lemonade”? The corollary is equally true: If the contest hands you an onion – make onion soup. Or in this case: Maui Onion Torelloni En Brodo. This is a dish that is all onion and beautifully executed by Chef Wesley Holder of Pulehu Restaurant, an Italian grill, at the Westin Ka’anapali Ocean Resort Villas.

Holder served his creation in large abstract white bowls. The rich broth was poured from teapots over delicate and delicious pasta and garnish. It arrived at the table piping hot and filled with the subtle flavor that onion does best. This creation was definitely near the top of our list.

The Ahi Poke Lettuce Wrap prepared by Chef Boyle at the Hyatt was a Maui Now favorite. Susan Halas photo.

The Spicy Maui Onion – Ahi Poke Lettuce Wrap by Chef Kevin Boyle at the Hyatt Regency Maui was the very first dish presented. It was still our favorite taste some nine installments later.

Here the onion was minced and incorporated into the poke. The fish and fixings were spot-on in all details. The Manoa lettuce, crispy and tender, was perfection itself and the dipping sauce had all the right stuff you’d find at a tail-gate event, only more so.

The final touch was the seeded lavosh, a piece of triangular-shaped flatbread cracker, which served as a handy scoop to gobble it up, a delicious mouthful at a time.

Best Idea to Try at Home

Maui Now really liked the upscale rendition of soup and sandwich, prepared by Chef Chris Schobel of the Hula Grill. He served a spicy Thai accented gazpacho (with lots of onion) with a new take on the grilled cheese sandwich.

This new take on soup and sandwich came from Chef Schobel of the Hula Grill. Susan Halas photo.

The gazpacho was presented in shooter-sized glasses which were as attractive to the eye as the chilled soup was to the palate. He paired the soup with sandwiches made with toasted sunflower bread, spread with warm and runny goat cheese. The sandwich was warm, crispy and creamy. It was a nice counterpoint to the cool and tangy flavors of the gazpacho.

Home cooks with a little imagination and some attractive bar-ware can achieve a similar effect with not too much effort.

Maui Now was decidedly skeptical when Chef Bernardo Salazar of the Royal Lahaina Resort brought us something that looked like a breaded baseball on a plate. What is this?

It turned out to be purple Molokai sweet potato, surrounding a core of sweet and tender shredded kalua pork. The ball-shaped object was sitting on a bed of fine diced mango and all of it garnished with sweet and sour onions.

In addition to the topping, the onions were incorporated into several parts of the dish. This creation might not yet have reached its final incarnation (in its present state the sweet potato tended to overwhelm the other flavors) but for imagination, ingenuity and creative use of local ingredients, it gets our vote.

What Else Was Good?

Frankly it was all pretty good. Not just the Kula Maui onions, but all the locally-sourced fresh Maui produce appeared and reappeared in many guises.

There were niblets of home-grown sweet corn, tomatoes in many shapes, fresh tiny mushrooms and beets. Name it , and the Ka’anapali chefs served it. There were many appealing flavors on display and equally artful presentations.

Somewhere between the shores of the Mediterranean and the sands of the Valley Isle the knack of making gnocchi got lost. There were several attempts to pair it with onions and other local ingredients but they were all gummy. To Maui Now they tasted like ground up erasers. It’s back to the drawing board for taro gnocchi.

Our other kvetch is minor: Since when do chefs come to food competitions wearing dark glasses? This is an accessory most likely to yield an unflattering photo.  When meeting the press, it’s shades off.

Our thanks to the staff of the Westin  Maui Resort & Spa who were the gracious hosts, and to Charlene Kauhane of Kauhane Communications of Wailuku, who served as coordinator for the marathon of onion edibles. 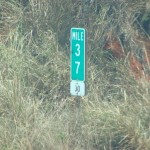