Both were nominated by Governor Neil Abercrombie, and were subject to Senate confirmation.

“Both Mr. Yamamura and Mr. Starr are highly qualified individuals who will contribute to the Commission with their background and expertise,” said Senate President Shan Tsutsui of Maui.

Starr has more than 40 years of experience in water source development and resource management projects.

Yamamura, meantime, is one of the founders of ACM Consultants, Inc.–one of the largest independent real estate consulting, valuation, and research companies in Hawaii.

“I feel confident that Mr. Yamamura and Mr. Starr understand the complexities of water issues and will serve the Commission and State effectively,” said Senator J. Kalani English.

Fellow Senator, Roz Baker, also of Maui said, “Mr. Starr and Mr. Yamamura have demonstrated knowledge and experience in working with our natural resources and I believe those qualities will make them good stewards of our water resources.” 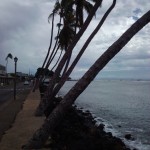