VIDEO: Family Makes Emotional Plea to “Save Our Sina” 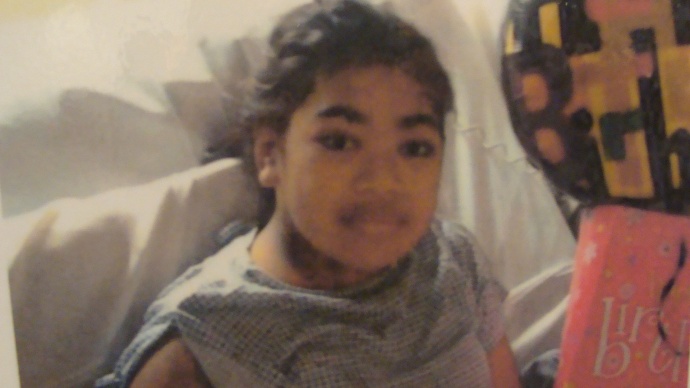 Save Our Sina. Photo of a photo by Wendy Osher.

A fundraiser was held last night to raise funds for an 11-year-old Lahaina girl who is in need of a life-saving kidney transplant.

The “Save Our Sina” campaign is a benefit for Anamaria “Sina” Sulunga who fell ill last week, collapsing at home on Wednesday.

In recent weeks, family members say, she had complained of being dizzy at school.

When she was medevaced to Honolulu, doctors told the family that Sina had no kidney function and did not know how she lived so long.

If Sina is able to maintain her calcium levels, she may be able to return home this weekend, but will have to keep going back for checkups and monitoring.

Sina’s grandfather, Walter Kahaialii said she will be unable to return to school, and in addition to dialysis, will have to be kept in a sterile environment.

“Our whole life is going to change,” he said.  “The house needs to be sterile for her.  It’s hard for us because we’re just normal working people. We just work from paycheck to paycheck like a lot of people.  For you guys to do something like this, we are very, very greatful,” said Kahaialii.

“I know how she feels because I’m on dialysis this year too,” said Sina’s grandfather.  “We laugh sometimes when we’re talking because we have three generations now (on dialysis)–me, my daughter and my granddaughter.”

Because of Sina’s age, she will have to wait until she’s old enough to get a kidney transplant.  In the meantime, she is taking dialysis through her stomach, instead of through her arm, since both of her kidneys failed.

“I just want to thank everyone for their support, especially the community,” said Sina’s aunt, Donora Kahaialii as she held back tears, expressing gratitude for the outpouring of support.

A Save our Sina fund has since been established at the Bank of Hawaii for ongoing donations, as the family prepares for medical bills and an eventual kidney transplant.

Sina’s uncles and musicians, the Kahaialii ‘ohana provided entertainment during the fundraiser. Photo by Wendy Osher.