Koyo has agreed to pay the department a total of $2 million in two installments.  The first $1 million payment was received in May and second and final payment is due no later than Aug. 31, 2013.

The DOH issued a notice of violation against Koyo USA Corp., maker of MaHaLo Hawaii Deep Sea water, for utilizing an unapproved manufacturing process for its bottled water from July 7, 2006 to May 19, 2011.  Koyo is required to adhere to a specific process in making bottled water from the ocean.  The bottled water is sold extensively in Japan. 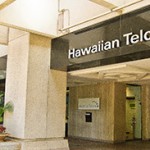