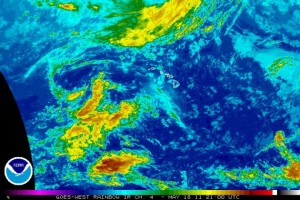 This year’s edition of the Central Pacific Hurricane Season Outlook was released showing a below-normal season.

NOAA’s Central Pacific Hurricane Center expects 2-4 tropical cyclones in the Central Pacific this season. That’s below the average of 4-5 seen in a typical season. Cyclones include tropical depressions, tropical storms and hurricanes.

Despite the forecast for a below-normal season, forecasters encourage the public to be prepared. The hurricane season in Hawaii begins on June 1st.

Officials say the 2012 outlook for a below-normal season is based on:

The outlook is a general guide to the overall seasonal hurricane activity and does not predict whether, where, when, or how many of these systems will affect Hawaii.

The Central Pacific Hurricane Center supplies data that serves as the basis for the hurricane center’s track and intensity forecasts that extend out five days. 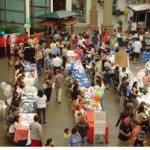