The two men sat down with Maui Now for a discussion of the company’s energy plans on two fronts.

One project now underway focuses on crops that can serve as the basic bio-mass to generate energy. Energy can be derived from these products through the application of heat (thermal) or the use of fermentation.

Experimental crop trials are now finishing the first year of a two year cycle (Fiscal Years 2011-2013). For this project HC&S is recipient of grant monies disbursed through University of Hawaii College of Tropical Agriculture & Human Resources and it serves as the site for the trials.

So far, a variety of crops have been grown in a range of small micro-environments and the first data is trickling in.

It’s too early to say what might work, on what scale it might work, or how much it will cost. Just as importantly, it’s also too early to know if will there be reliable buyers willing to make long term commitments to take the yields.

It’s also hard to predict if going forward in this direction might have a negative impact on their existing core businesses: sugar, molasses and energy. HC&S already generates and sells between 5% and 8% of the island’s electrical power, which is distributed through the Maui Electric Company (MECO) grid.

Right now the numbers are small –  the trial acreages are small, the reimbursable costs the company has to front in order to participate are relatively small and taken as a total, less than $3 million is involved. Still it’s anyone’s guess how it will play out.

Both men are optimistic that by next year the data will provide some of the answers.

Bigger Project on the Horizon

But there is also the possibility of a much bigger opportunity the horizon.

HC&S plans to respond to an upcoming federal request for proposals to build a bio-fuel refinery to produce as much as 15 million gallons of “drop-in” product generated from sustainable sources that can be blended with standard fuels such as gas, diesel and jet-A.

Drop in fuels do not have many of the drawbacks or need for costly systems associated with ethanol or other currently existing bio-based alternatives.

Though hundreds of proposals are expected to vie for portions of the federal monies (which could total as much as $500 million spread across three yet to be identified sites), Volner and Jakeway think that the chances of Hawaii in general (and HC&S in particular) getting a share of those funds might be pretty good. It might even be very good.

Both men indicated that HC&S has had many inquiries about its future plans, and has selected a number of yet to be-named partners who collectively have technical expertise, financial resources and willingness to work together on a project that could stretch out for decades.

They also made it clear that there’s a certain amount of hype built into the foray into renewables.

“A big part of my job is separating the wheat from the chaff,” Jakeway commented. “There must be two new inquiries  a week who want to see us and pitch us. As you might expect,” he said, “the hard part is figuring out what’s real.”

In the meantime he expects to be very busy in the next few months. “Come back and see us in September and we’ll probably know if we’re in the finals.”

If just being “in the finals” could change the future direction of the old line company, actually getting the contract (and the huge infusions of cash and technical expertise that would go with it) could change its core business “beyond recognition.”

Those are big “ifs” and they’re not the only “ifs” on the company’s horizon.

There’s the “if” of corporate restructuring.

This is the year that Alexander & Baldwin, the HC&S parent company, which in the past was made up of three divisions – agribusiness, real estate and ocean transport (Matson Line), split up into two completely independent units.

Matson is now a separate company and the two land-based enterprises will steer their own course under separate management.

How that will go remains to be seen.

The pessimists see it breaking up the three legged stool. In the past no matter how badly one of the divisions might be doing, good performances by the other two could even out the results. In the opinion of the nay-sayers a two-legged stool will not be as stable.

The optimists see it as much needed and  long overdue change. In their opinion it’s the logical, even obvious, thing to do. The optimists characterize the action as a dose of fresh air that will result in a shorter chain of command and give the new entity, particularly the agribusiness end, the ability to respond rapidly to big new opportunities.

The biggest “if” of all is the price of sugar and what happens next to sugar as a commodity.

Currently sugar futures are sold up to 18 months in advance, so HC&S has a pretty good idea of its sugar revenue stream well into the end of next year.

Currently sugar prices, while not at the sweet highs of a few years back, are still quite respectable – in the range of 30 cents a pound multiplied by 180,000 tons. Take that figure and add in other revenues from molasses and electrical sales and that math looks decent for the short term.

But sugar prices are not reliable; in years past price swings and global competition have combined to eliminate every other sugar producer in the state.

There new potential at the old HC&S headquarters in Puunene. Susan Halas photo.

Visitors who walk around the HC&S headquarters in Puunene see a dusty campus in need of paint sitting in the shadow of an industrial mill puffing smoke into a clear sky. It’s a physical echo of an era that has all but passed in Hawaii.

Though all the exterior signs are old, the attitude of these two men is fresh, enthusiastic and positive. They are focused on the possible future outcomes in the developing energy field.

They believe HC&S has the resources, the experience and the determination to make those big things happen. 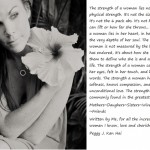