A Regional Haze Implementation plan for Hawaii will be the focus of discussion during a public hearing on Maui tomorrow (Thursday, May 31, 2012) hosted by the US Environmental Protection Agency.

Regional haze is visibility impairment caused by air pollutants and emissions from various sources over a wide geographic area. This haze, EPA officials say, obscures the views of scenery at a distance, reducing the beauty of national parks.

The EPA plan is designed to achieve progress for the period through 2018.  The proposed plan would also impose a cap on pollution from certain oil-fired electric generating units on the Big Island.

According to information released by the US EPA, it is likely that the Hawaii Electric Light Company could meet this cap through improvements in energy conservation and increased reliance on renewable energy already planned as part of Hawaii’s Clean Energy Initiative.

EPA official say they do not plan on imposing any other additional pollution controls as part of this stage of the Regional Haze Program.

The Clean Air Act requires states, in coordination with EPA, and other agencies, to develop and implement air quality protection plans to reduce the pollution that causes visibility impairment in 156 national parks and wilderness areas.

Visibility monitoring in national parks has been conducted since 1988.  In 1999, the EPA announced focused efforts to improve air quality through the Clean Air Act Regional Haze Rule. 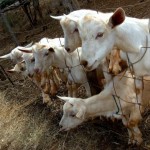