On Saturday, June 2 at 6:30 at the MACC, Maui gets the chance to experience real hula at its best in “Recalling Hawaii,” an international multimedia chronicle of Hawaiian history through hula, mele, and oli.

The show is directed by acclaimed kumu and visionary Roselle Keli’ihonipua Bailey, who has traveled to Europe and beyond sharing the captivating art of hula. The production features an international cast of nearly 80 dancers, chanters, musicians and actors who range from ages 3 to 70. 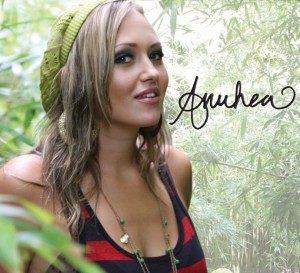 Successful island songstress Anuhea plays two at Stellas to celebrate the start of summer, bringing her  folky island style and sweet melodies back home to Maui for the second night in a row.

Summer Sound Wave Saturday, June 2 at 10 p.m. at Casanova in Makwao. Entrance is $5.

A group photo of members of the Huliau Environmental Filmmaking Club. Courtesy photo.

Students share their documentary, educational fiction, and claymation films that focus on themes of environmental awareness

Maui-based island-rock band Mojomana brings their electric energy to Charley’s stage for something a little “out of the norm,” in a good way.

For Monday’s full moon, all are welcome to attend a community gathering and offering of 108 lotus lights from 6:30-8 p.m.