Maui home, condo, and land sales have declined from one year ago and one month ago. Photo by Sonia Isotov

Maui residential, condominium, and land sales declined for the month of May 2012, according to figures released today by the Realtors Association of Maui.

Monthly figures for the month of May 2012 show a sales decline in homes and condos which is typical of most years as it reflects the post winter high-season contracted sales that closed in March and April.

The May 2012 report on Maui real estate can be found in its entirety at http://www.ramaui.com/. 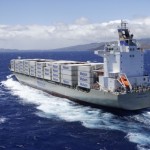