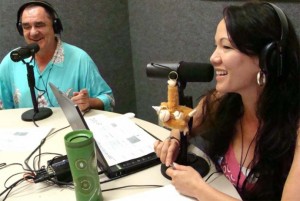 Child abuse awareness will be the focus of discussion on an upcoming radio program on Maui.

The discussion was prompted by recent media stories where allegations of child abuse were raised.

Jani Sheppard, CEO of Maui Family Support Services, will be the featured guest on the Friday, June 15, 2012 edition of the Maui Breakfast Club radio show with hosts Tom Blackburn-Rodriguez and Kellie Pali-Cruz.

Among the topics to be addressed will be the danger of child abuse on Maui and in Hawai’i, how to recognize symptoms, and what action can be taken if child abuse is suspected.

The Maui Breakfast Club airs Monday-Friday, from 7 to 9 a.m. on KNUI AM 900, and on the internet at KNUIMaui.com.  The Sheppard interview will be broadcast during the second hour of Friday’s program from 8 to 9 a.m.

Listeners can call in questions at 856-2836 during the show, or by posting a question on Facebook at the Maui Breakfast Club Radio Show site. 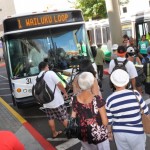