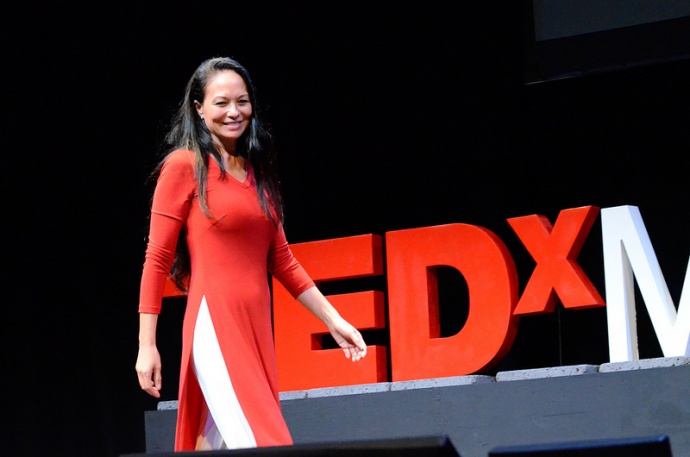 It makes reality the organizers’ wish that TEDxMaui be an annual affair – at least for one more year.

The TEDxMaui 2013 presenter line-up is said to be revealed later this year. The final presenter list for the 2012 event wasn’t revealed as late as a few weeks before the day.

The daylong event will take place in the MACC’s Castle Theater and feature presenters and performers from Maui and beyond who have the “passion, curiosity, and creativity to change the world with their revolutionary ideas,” according to co-producer Sarah Tekula. 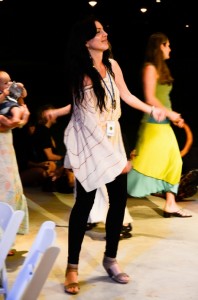 TEDxMaui co-producer Katie McMillan was “so happy” that the 2013 event was going ahead. Photo by TEDxMaui.

“Tuition” for the daylong event is $100. Available on a first come, first serve basis, 100 seats have been reserved for students and elders (over 65) at a reduced rate of $75.

Those that purchase tickets early can pre-register as an attendee at www.tedxmaui.com to gain access to a private TEDxMaui Facebook group that will allow participants to engage with other attendees prior to the event.

Student and elder tickets must be purchased in person at the MACC box office in Kahului, as a valid student and age identification is required. Tuition includes breakfast, lunch, and snacks in addition to a full day of presentations from 9 a.m. to 5 p.m. A reception will follow from 5 to 7 p.m. with food and drinks available for purchase.

Created in the spirit of TED, TEDxMaui is an independently organized event, licensed by TED. TED, which stands for technology, entertainment and design, is a national nonprofit organization devoted to “Ideas Worth Spreading.” TED holds an annual conference in Long Beach, California that has featured speakers such as Bill Gates, Jane Goodall, Sir Richard Branson, Steve Jobs, and Hillary Clinton. Presentations from the TED conference are made available for free at TED.com. 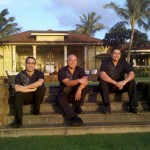