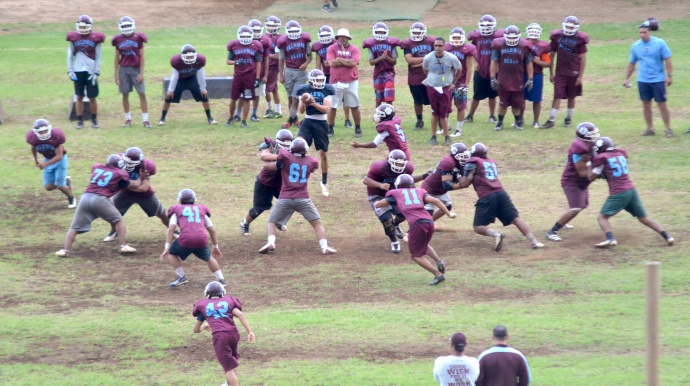 Baldwin High School has three weeks to prepare for its 2012 non-league opener on Saturday, Aug. 25, against Saint Louis School at Aloha Stadium, beginning at 5 p.m. Photo by Rodney S. Yap.

Due to academic casualties, Roosevelt High School has cancelled its scheduled preseason opener at King Kekaulike next Saturday, Aug. 11.

ScoringLive.com reports Roosevelt coach Jeff Azuma initiated the cancelation of his team’s game against Na Alii. Azuma cited not having enough players because of academic eligibility issues as the reason.

King Kekaulike interim athletic director P.K. Higa was unavailable for comment, but offensive coordinator Lance DeSilva confirmed the report and said both the varsity and the junior varsity teams will travel to Oahu next week for a controlled-scrimmage against the Rough Riders. The Aug. 11th matinee games will be played at Roosevelt Stadium. DeSilva said the scrimmage would be officiated. 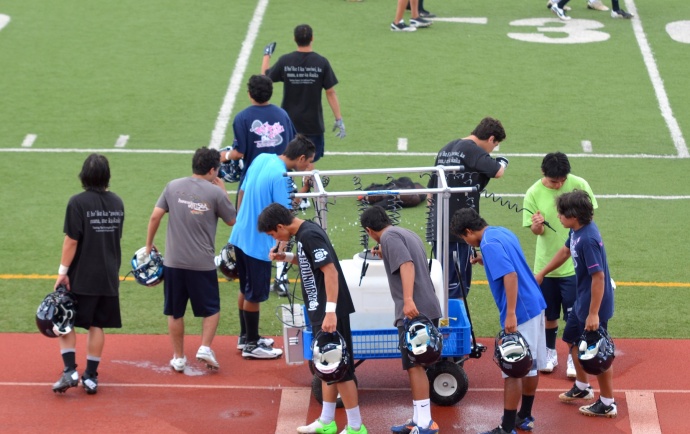 Embernate said not enough of his players had been cleared for playing in time for the Aug. 10 non-league contest. He said he had only a dozen players who had completed their physical examinations on time to play the first weekend of the season.

Under state rules, all Hawaii high school football players are required to have a minimum of three days of conditioning and 10 days of full-pads practice before being game eligible.

On Monday, Aug. 6, the Warriors will host Alberta of Canada for the third straight season. The Alberta team is made up of 36 select players from its respective province.

The annual controlled-scrimmage, slated for 4 p.m., is officiated and each team is given equal amount of offensive possessions starting at mid-field. The Warriors hosted Alberta for practice and dinner at the school on Friday, Aug. 3.

Due to Honokaa’s cancelation, Kamehameha Maui’s only non-league game will be against Kapa’a on Saturday, Aug. 18, at 6 p.m.  The game will be played Upcountry at Kanaiaupuni Stadium. Last year the Warriors travelled to the Garden Isle. 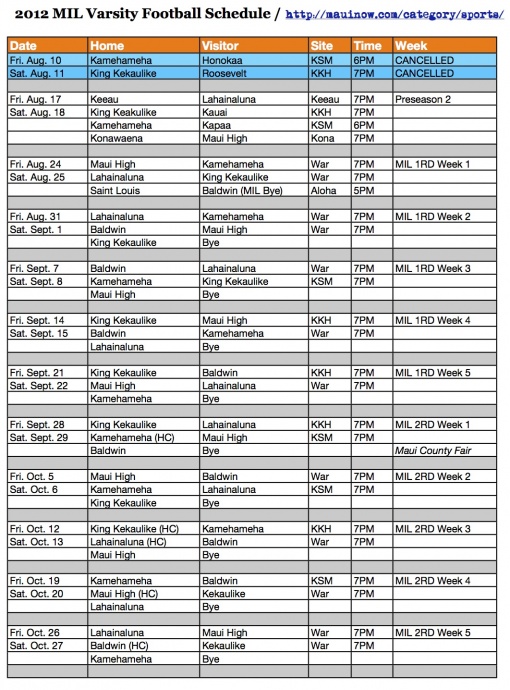 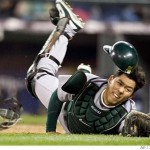