Hawaii is part of a $69 million agreement with three major US publishers over e-book price-fixing allegations.

The lawsuit alleges that the publishers conspired and agreed to increase retail e-book prices for all consumers and agreed to eliminated retail price competition between outlets.

Hawaii Attorney General David Louie said the legal action sends a strong message that competitors cannot get away with price-fixing. He said consumers in this case paid millions of dollars more for some of the most popular titles.

“Today’s settlement with three publishers paves the way for restitution for those consumers harmed by the scheme,” said Louie.

Consumers in Hawaii could receive up to $300,000 in total compensation, according to the state Attorney General’s office.

“The money consumers will receive, this settlement will restore competition in the e-book market by promoting e-book competition among retailers,” said Louie.

The anti-trust settlement includes an agreement to change the way e-books are priced going forward. 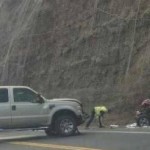 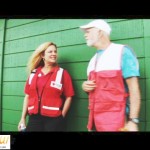