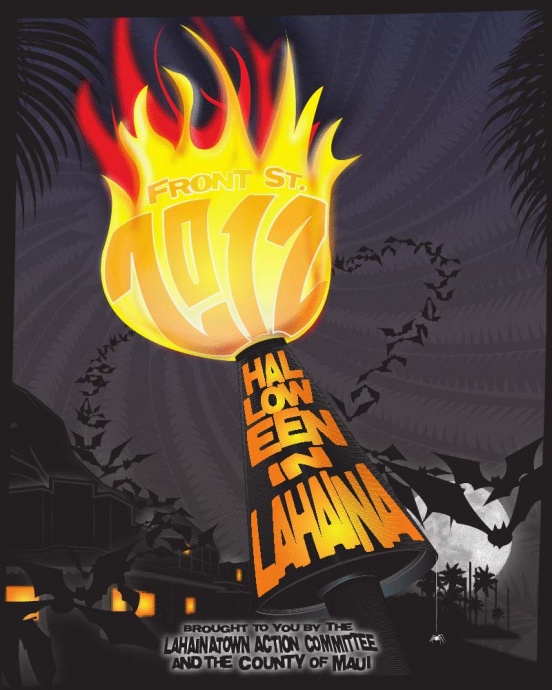 The LahainaTown Action Committee has selected a winning design for the 2012 Halloween in Lahaina festivities.

A t-shirt designed by Aydin Say, owner and proprietor of Prison Street Design, was selected as the winning entry.

The design features a torch along Front Street, effectively promoting “Great Energy” as a central theme to the celebration.

“The LAC was looking for a design that was positive, non-offensive and good for families including keiki,” said Jill Holley of the Lahainatown Action Committee.  She added, “Lahaina has talented and famous artists and the LAC believed that they could find a design that promotes ‘Great Energy’ for the 2012 Halloween celebration.”

The image will serve as the Official Halloween t-shirt design for the 2012 Halloween in Lahaina festivities.

The event is touted as one of the largest Halloween celebrations in the state, with an estimated of attendance of between 20,000 and 30,000 guests, according to event organizers.

Say, who moved to Maui nine years ago from Hermosa Beach, California said, “The t-shirt design was intended to provide innovative creative services while celebrating the event, Halloween In Lahaina. As for the design inspiration, it was just really important to do something that was directly inspired by Lahainatown.”

Proceeds from sales of the official 2012 t-shirt will benefit the 2012 Lahaina Halloween Celebration.  The t-shirt will be sold at the Halloween In Lahaina event and at other stores in Lahaina town.  T-shirts will be also be available at the Lahaina Visitor Center in early October 2012. 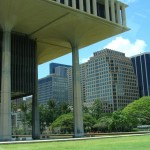