The Department of Health’s new placards that food vendors will be required to display to the public.

Hawaii’s myriad of open markets and eateries range from being stellar showcases of island agriculture, to serving as seedy venues for items of questionable origin (and ownership). Some manage to do both.

Until recently, almost none of them faced oversight from the state Department of Health.

As the number of markets in Hawaii grew by several dozen over the last 10 years, and the number of operating vendors swelled into the thousands, the agency tasked with overseeing food safety saw its staff reduced from 22 to 9, with 13 vacancies unfilled under the administration of former governor Linda Lingle.

The lack of oversight at open markets was a symptom of a much broader trend of understaffing in the Hawaii Department of Health, whose Sanitation Branch is also tasked with regulating over 6,000 food establishments on Oahu alone (and 9800 permits issued statewide), along with everything from swimming pools to massage parlors.

In a state where the number of tattoo shops seems to rival Starbucks locations, the same branch of government is in charge of overseeing both. 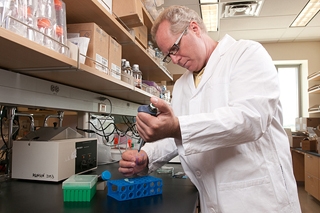 Under the administration of Governor Neil Abercrombie, vacant positions have begun to be filled, and due to a merger between the Food Sanitation, Vector Control and Food and Drug branches, the number of inspectors could soon begin to approach federally recommended levels.

With their staffing and funding on the rise, the health department is about to begin some major changes. These include oversight of open markets, and a thorough overhaul of how the department reports food safety violations. Under the new rules, restaurants and other food establishments (including school cafeterias) will have to display a graded “placard” that announces the results of their food safety inspections. 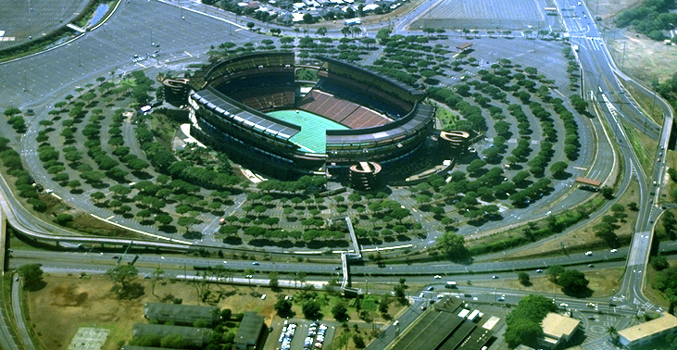 To begin inspecting open markets, state health officials must obtain overtime funding, as most of the sites operate either on nights or weekends. State Environmental Health Program Manager Peter Oshiro informed Maui Now that overtime funding was recently approved, and that the first of these inspections will begin Saturday, Sept. 15 at Aloha Stadium.

Oshiro explained that increased oversight of outer-island markets would likely follow, and that the department is placing a priority on high traffic areas where large numbers of people could be exposed to food-borne illness. The inspections will cover everything from proper permitting to personal hygiene and food handling standards.

Under a series of proposed new rules, the health department will also begin grading food establishment facilities using “placards” that will be on display for the public to see. The placards will note three levels of compliance, including “Pass,” “Conditional Pass,” and “Closed.” “Conditional Pass” facilities will be allowed to continue operation, but the nature of a restaurant’s violations will be noted on the placard. Facilities that have formally trained employees in food safety, and have no violations on record will receive a reward for excellence to be called “Pohaku Ku’i ‘Ai.”

The Department of Health hopes that the placard program will help to ensure compliance with state sanitation rules. A similar program instituted in Los Angeles caused an uproar within the industry, but has managed to decrease hospitalization rates due to food-borne illness.

Displaying graded inspection reports has had mixed results, according to a recent study. Image courtesy New York Department of Health.

But not all cities have had success with rating systems. Joint studies between NYU, Stanford and Yale law schools found that the effectiveness of such programs was inconsistent, noting that New York City’s highly detailed inspection and grading system was a poor predictor of future food safety records. According to the study, overly complex inspection lists led to wide variations in how New York inspectors were grading establishments.

The Hawaii Department of Health is planning to make inspection reports available to the public through a planned online database.

The increased activity at the Sanitation Branch is being funded in part by food establishment permitting fees, which are set to increase. Under the proposed new rules, fees will go up from an average of $46 to $200 annually, bringing in over $1.3 million in additional revenue for the department. That added revenue should avoid the need for additional funding from state tax coffers.

Businesses will likely not be thrilled with the increase, but as Oshiro explained, Hawaii would still have relatively cheap fee structures when compared to places like the US west coast, where fees can run as much as $1500 per establishment. Oshiro’s department estimates that due to the fee increases, a typical food establishment customer could see the cost of their meals increase by less than one cent.

As for farmers market vendors and one-time concessions that are serving food, their temporary food permit fees may go up anywhere from $50 to $100. However, Oshiro mentioned that the department may drop fees entirely for one-time, nonprofit functions.

But are so many food inspections really necessary?

In 2011, the Sanitation Branch conducted 9,284 inspections that uncovered 3,938 major violations; among them a series of incidents that led to the closure of Molokai’s long standing Kanemitsu Bakery.

Department of Health figures note that in 2011, over 1,700 probable or confirmed cases of food-borne illness occurred in Hawaii, with many more cases likely going unreported. 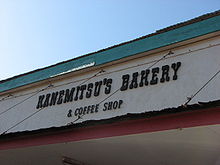 Apart from the initial health crisis a food-borne illness can cause, the potential economic impact can be highly damaging. After an outbreak of rats in Oahu’s Chinatown was reported by the news media in 2010, area businesses reportedly saw a 30% to 50% drop in sales in the weeks that followed.

The health department does not need legislative authority to implement its new rules, to be known as “HAR Title 11, Chapter 15.” However, the proposed changes must first undergo a public commenting period before being sent to the governor for approval. Oshiro stated that no public meetings had yet been planned, but that they would likely take place toward the end of 2012.