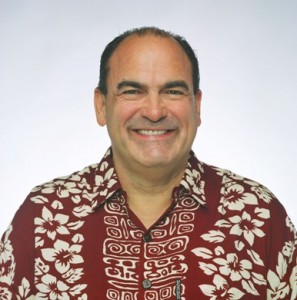 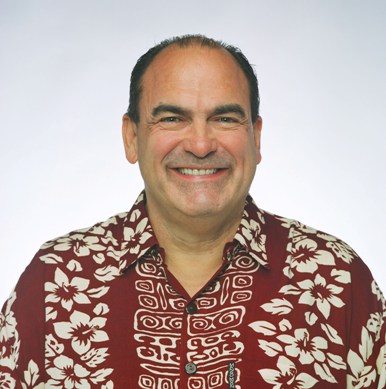 Maui Now caught up with them to talk a little about how they got started and what they love the most about Maui.

You read that right. Despite being a natural jokester and ultimately emceeing all the pep rallies in high school, De Lima went on to enter the St. Patrick Archdiocesan Seminary school and eventually earned his Masters of Divinity. He was even ordained as a deacon at one point, but has been relieved of his duties because he decided not to go into the priesthood. His faith is still strong, however, and he regularly visits schools as a motivational speaker advocating a drug-free lifestyle.

Augie T, on the other hand, always knew he wanted to be a comedian; ever since he was a little kid.

“I would go to comedy clubs and watch,” Augie said. “One weekend I was brave enough to put my name down for an open mike night. The owner of the club was like, ‘I don’t understand anything you’re saying, but you made people laugh.'”  The rest is history.

When asked about his favorite comedians or comediennes, De Lima cites Red Skeleton, Lucille Ball, and The Three Stooges. One can see a little of their style in his own characters and imitations.

Augie T is more broadly inspired. “There’s so much comedy that I like. I’m a fan of comedy. My dad and my uncles are the ones that really made me laugh. And my mom and her family. If you ever watch my act, I talk about my family: that’s my influence.” 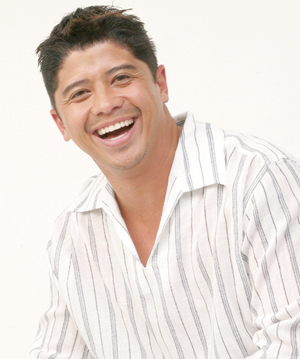 The foursome has been on tour for three months, with several shows on the mainland. When asked about the reception, De Lima explained, “The people that come to the show have been to Hawaii a few times or were born and raised here. 90% of them are transplants and then they bring their friends and family. Either that, or it’s people who’ve visited Hawaii a few times and know and get our culture. Believe it or not, I was brought to Quebec, Canada to perform. I met these five girls who come every year and look for me and my performances. Eventually we became friends. To my surprise, they ‘knew’ Imelda: they have aunties in their native culture just like the Portogee aunties here.”

Interestingly enough, when broached with a question as to their favorite Maui moment or memory, both had similar answers. De Lima explained that, “Maui is special to me because my dad was born there in Ulupalakua. I still come and visit my dad’s last remaining sister, Auntie Nancy. My cousins are still there. I love Maui because of people that live there: long-time friends and family.”

Augie’s answer was similar, “My favorite Maui memory is coming out every summer because my dad is originally from Maui. I have had a lot of great moments there. Once a year I go to Hana and bring the family.”

As for Friday’s family friendly show, De Lima points out that “It’s gonna be a fun night. All the comedians will pull out all the stops. I’m the last act, and I worry people will run out of laughter, but I go on and the laughter continues…thank God.”

Augie adds, “This show is the last you’ll see with everyone together on Maui for about a year. Plus, Mel is 70 years old now. He could croak tomorrow.”

Catch these four funnymen while everyone is still alive this Friday, September 28th at 7:30 p.m. at the McCoy Studio Theater. Tickets [3] are $30 or $40 with a meet-and-greet (plus applicable fees).