We have since removed the surveillance photo that was released in an earlier posting along with this story.  Officials at Crime Stoppers say the woman in the photos turned herself in to police after seeing the images in Crime Stoppers ads.

Authorities from the Maui Police Department and Crime Stoppers are seeking the public’s help in identifying a person or persons responsible for the theft of a purse at Lulu’s Restaurant in the Lahaina Cannery Mall on June 29, 2012.

Authorities say an unknown female attempted to use a stolen debit card from the purse to withdraw money the following day from an ATM machine at the Bank of Hawaii in Lahaina.

Anyone with information concerning the identity of the person in the attached surveillance photo is asked to contact Maui Crime Stoppers at (808) 242-6966, or toll free from the neighbor islands at (888) 242-6966. 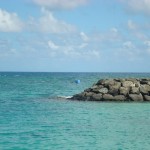