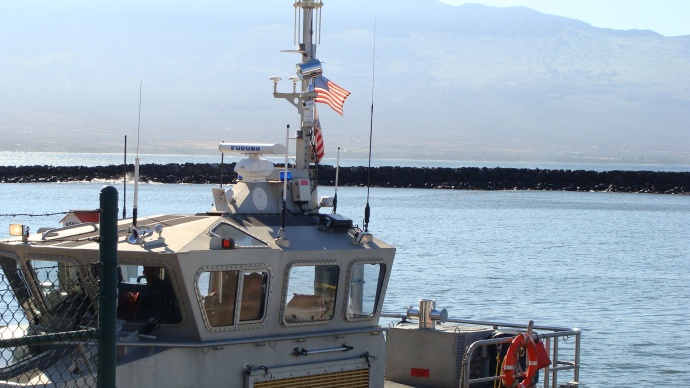 Crews from the Coast Guard Station Maui at Maalaea were among those that assisted with the search for a missing Cessna in waters off of Maui. File photo by Wendy Osher.

The Coast Guard suspended its search for a privately owned Cessna 172S airplane that disappeared from radar while traveling from Maui to Molokai on Saturday night, December 1, 2012.

The determination to suspend the search was made at 3 p.m., on Monday, December 3, pending further information.

“The decision to suspend a search is one of the hardest a commanding officer has to make,” said Captain Joanna Nunan, Coast Guard Sector Honolulu commanding officer in a media statement today.  “Our deepest sympathy goes out to the family and friends of Mr. Krall during this difficult time,” he said.

Jose Krall, the owner of Maui Bake Shop & Deli in Wailuku, was piloting the plane when it went missing.  He was believed to have been alone in the four-seat, single-engine aircraft when it disappeared at around 7 p.m. on Saturday. 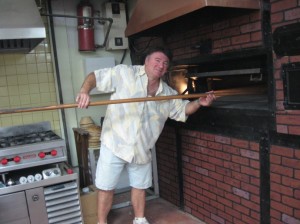 Jose Krall is a master baker and owner of the Maui Bake Shop and Deli at the corner of Vineyard and Church in Wailuku. The Cessna craft he was piloting on Saturday went missing from radar.  Maui Now file photo.

Coast Guard officials say a debris field that appears to be from an aircraft was located approximately two miles north of Maui in the area that the airplane had disappeared from radar.  Included among the debris was a landing gear wheel that authorities say could match the aircraft.

The two-day search for the Cessna 172S fixed-wing aircraft included the use of an infrared sensor on Saturday night. In addition to a HC-130 Hercules airplane, the Coast Guard also utilized a MH-65 Dolphin helicopter crew from Air Station Barbers Point, a crew of the Coast Guard Cutter Ahi from Honolulu, and response boat crews from Coast Guard Station Maui.  The air search covered areas between Maui and Molokai.

A land search conducted by the Maui Fire Department and Maui Police Department turned up no sign of aircraft debris.

The public is asked to report any shoreline debris that resembles that of an aircraft to the Coast Guard by calling (808) 842-2601. 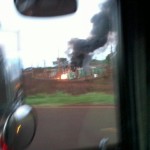 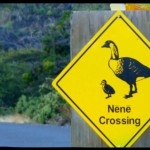