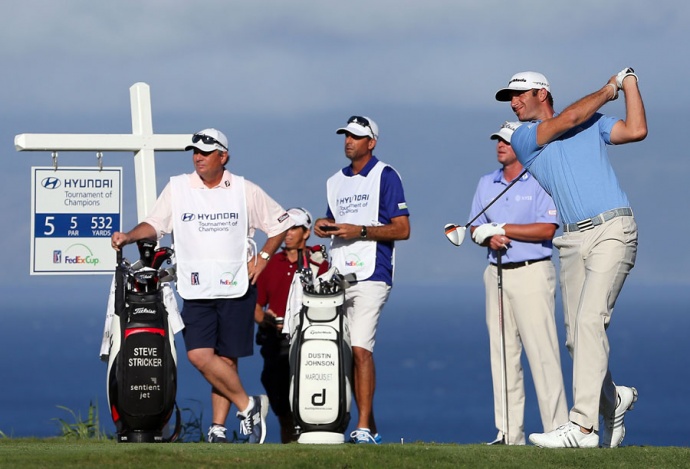 Dustin Johnson claimed the 2013 season-opening Hyundai Tournament of Champions on in Kapalua on Tuesday. Photo by Getty Images.

Dustin Johnson, considered the one of the best young American golfers, displayed a power game that trumped the freakish elements and the 29 other 2012 winners, to capture the season-opening Hyundai Tournament of Champions on Tuesday.

The 28-year-old has now won seven times in his career on the PGA TOUR and earned 500 FedExCup points for his four-stroke win over defending champion Steve Stricker at Kapalua’s Plantation Course.

Johnson has now won the last three PGA Tour weather-shortened events, winning the 2011 Barclays and the 2009 AT&T Pebble Beach National Pro-Am — both of which were shortened to 54 holes due to heavy rains.

Johnson, who earned $3.4 million in 2012, was awarded the winner’s paycheck of $1,120,000 and a new fully-loaded Hyundai. The Jupiter, Fla., resident is now the first player since Tiger Woods to go straight from college and win in each of his first six years on the PGA Tour. 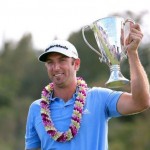 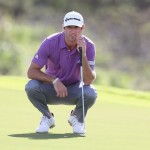 Dustin Johnson in Driver's Seat After 36 holes at TOC