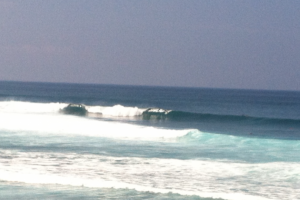 Glassy mornings are what we live for. Ho’okipa. Photo: Carlos Rock.

This weekend is shaping up to be a great one for surf.

The winds are expected to lighten up to light/variables which produces glassy mornings as the “seabreezes” sneak in around midday to give the ocean a slight onshore texture.

There are also a couple NW swells in the 6-12ft+ range accompanying the light winds.

The perfect combination for a great weekend out in the surf. There will also be an east swell in the mix as well for Saturday with surf heights expected reach 5 foot Hawaiian, 10 foot faces.

This will undoubtedly make things interesting out in the lineup with a mix swell pushing different ways. Look for glassy and peaky lineups, as well as hot weather.

Best way to cool off? That big blue mass of water.

This winter we have been blessed by a stretch of days where the wind will die and there will coincidentally be a decent swell to surf. That’s just winter in Hawaii. Where else can you surf 10 foot waves in the middle of January in board shorts?

Not that many places, but Hawaii is definitely the best.

Saturday and Monday could also see the Backdoor Shootout Pipeline contest happen in impeccable Pipe conditions. This contest is more of a hybrid surf contest and has been around since 1996.

This contest differs from others because of the team concept based on sponsor, no jerseys, and a overall more relaxed environment, except for it being held at the most dangerous wave in the world. 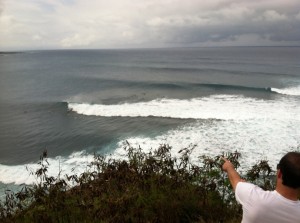 Try not to get too depressed as you watch the pros surf Pipeline while you sit in an office or at home wishing you could surf that well, and wonder why you don’t.

When it comes to Pipeline, better leave it up to the pros no matter how easy they make it look or how inviting the barrels may look. It is far too dangerous for the average surfer to attempt. But there is nothing against dreaming to one day not only be able to surf Pipe, but to do it well or dominate it.

Best to start with your home break first.

And if you live on Maui, anywhere near the north shore or east side, that home break is about to get really good. 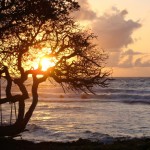 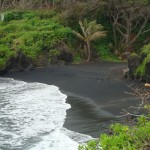 East Surf to Rise on Saturday to 7-10 Feet