Senator Brian Schatz returns to Hawai`i for the first time since being appointed to fill Senator Daniel K. Inouye’s seat on December 26, 2012.

Sen. Schatz will participate in two public events this week including today’s induction of former US senator Daniel K. Akaka into the Aloha Order of Merit.

“Senator Akaka has served the people of Hawai’i as no one else has, both in what he has achieved for us and the manner in which he has achieved it. He reflects with extraordinary island excellence who we are as a people,” said Schatz.

Established in 1993 by the Legislature, the Aloha Order of Merit recognizes individuals who have distinguished themselves nationally or internationally and who contributed to the attainment of statehood or have provided extraordinary service to, devoted themselves to the betterment of, or brought honor to the state.

Sen. Schatz will also attend the Opening Day of the 2013 Legislative Session at the Hawai`i State Capitol Building on Wednesday, January 16.

At the end of the week, Sen. Schatz will return to Washington, DC to continue his work with Hawaii’s congressional delegation. 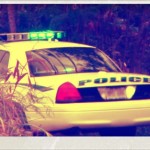