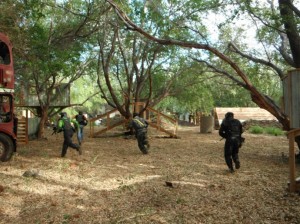 One team moves into position during play at Maui Paintball in Olowalu. Courtesy photo.

On Sunday, Maui Paintball had a soft-launch of its new facility located in a grove of trees just off the highway in Olowalu.

Maui Paintball’s new facility is located on a 4,500 square foot field along the Honoapiilani Highway and contains multiple tree forts that incorporate over 50 separate trees, 10 acres of shaded play, a full service rental fleet, and large waiting area to cool off between games.

“They really went all out with this course. They’ve even incorporated an old sugar train double-decker bus into the course,” said Max Tornai, one of the first users of the new course. “It was just a really good time. Everyone had a blast.” 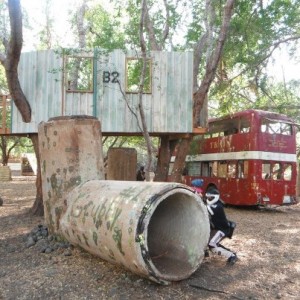 Tree forts and obstacles at the Maui Paintball facility in Olowalu. Courtesy photo.

Previously, Maui Paintball had been located in upper Kula and had closed in 2005. In November 2011, the Maui Planning Commission unanimously approved a six-year conditional use permit to allow Clint Hansen, owner, to open the paintball business in the Olowalu location. The business now has 6 employees.

“The popularity of the sport has bounced back as the economy has. People play paintball for a variety of reasons from competition to just plain old fun,” said Hansen.

“Its a fantastic way to make friends as the stories people share last a lifetime. “It is certainly not just another day at the beach. Business’s and corporations use paintball as a reward and a means to build teamwork. ”

General cost of gear rental is $30, and $55 for 1000 paintballs. Kaamaina receive 25% off the cost of paintballs if a valid Hawaii ID is shown, according to the website. 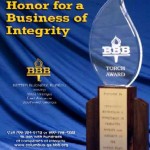 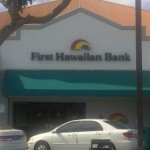