MEDB President “Next 20 People to Watch” 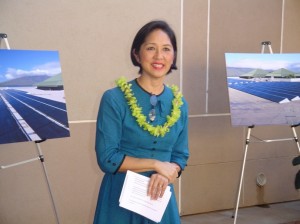 Jeanne Skog, the president and chief executive officer of the Maui Economic Development Board, is the only Maui leader on the recently released “Next 20 People to Watch List” by Hawaii Business magazine.

Skog, 62, was selected as one of the top 20 emerging leaders in Hawaii. Every year, Hawaii Business magazine, selects 20 leaders who have made a big contribution to Hawaii and are expected to make a greater impact over the next two decades.

She has been a involved for more than two decades in the diversification of the Maui economy, and particularly in expanding the Maui Research and Technology Park and technology related industry in Maui County, according to the magazine.

Skog has reportedly worked to bring women into the technology workforce on Maui by expanding educational opportunities and grant funding through the Women in Technology Program. She also spearheaded the “Kamaaina Come Home” initiative to expand job opportunities for Maui’s college graduates from mainland colleges.

First hired in 1984 as the executive assistant to, then president of the Maui Economic Development Board, Don Malcolm, Skog quickly rose through the ranks as board secretary, vice president, to president, in which capacity she has served since 2007. 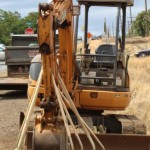