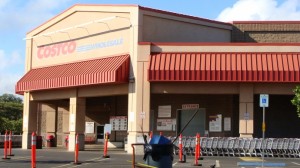 Maui police arrested two individuals in connection with a robbery in the parking lot of Costco in Kahului on Wednesday afternoon.

According to police reports, a 42-year-old Makawao man returned to his white Ford truck after shopping at Costco to find a man and woman in the front seat of his truck, rummaging through the vehicle.  The incident was reported at around 4:45 p.m. on Wednesday, Feb. 20.

When the victim approached the vehicle, police say the male suspect allegedly got out of the driver’s side and struck the victim in the head with a closed drink bottle before fleeing on foot. Police say the female suspect exited the truck and fled in a green Honda.

The victim, authorities say, sustained a bruise to the face during the incident.

Police say patrol officers responding to the scene were able to apprehend a 29-year-old male in the area of the Kmart store nearby. According to a police report filed by Lt. Jayson Rego, the man was arrested for robbery in the first degree and unauthorized entry into a motor vehicle.

Police also arrested a 19-year-old woman at her home in Paia after tracking down a vehicle that matched the description and license plate of the one involved in the incident.

According to police reports, the vehicle was seized pending a search warrant for stolen property observed within. The woman was arrested for unauthorized entry into a motor vehicle.

At last report, no charges had been filed, but the investigation is ongoing, with the possibility of more charges to come, according to Maui police. 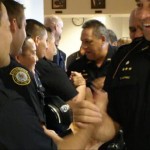 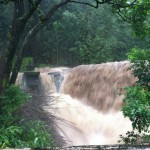