The incident was reported on Kauna Lipo Drive at the intersection of Maka Hou Loop in Wailuku.

According to police reports, the motorcyclist was traveling northbound on Kauna Lipo Street, when the 2008 black Yamaha R1 motorcycle he was on crossed left of the center line, struck a curb on the south bound edge of the roadway and rolled over.

The motorcycle, police say, continued north and struck the northwest curb of the intersection with the motorcyclist coming to rest within the backyard of a residence on Maka Hou Loop.

The motorcycle operator, later identified by police as 40-year-old Zaul Acevedo Gonzales of Wailuku, suffered fatal injuries and was pronounced dead at the scene.

The individual was wearing a helmet at the time of the crash, police said.

The crash was the third fatality on Maui County roads this year compared to the same amount last year.

The involvement of speed, alcohol, and drugs remain under investigation. 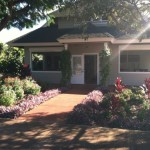 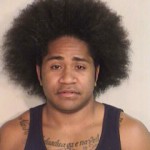