The state recorded a record high for personal firearm permit applications processed in 2012.  The findings were detailed in the annual Firearm Registrations report released by the Department of the Attorney General this week.

According to the report, there were a total of 21,864 applications processed for private firearms last year–a 70.3% increase from the previous record high the year before. The actual number of permits issued statewide in 2012 was 20,572 for a record high total of 50,394 firearms registered.

In Maui County, the report notes that a total of 2,777 firearms applications were processed in 2011–that’s more than three times the 870 applications processed a decade earlier. Of that number, 2,640 were approved, 91 were voided, and 46 were denied last year.

While there has been a tremendous increase in firearm registration activity in Hawaii since 2000, the study finds that annual trends for both the number of firearm-related violent crimes and the proportion of violent crimes involving firearms relative to other weapon types remained stable within a low and narrow range through 2000.  There was also a noted decrease from 2008 through 2012, during which time registration activity increased the most sharply, the report states. 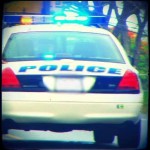