A Maui man remains hospitalized with life-threatening injuries after being ejected in a single-vehicle crash on Baldwin Avenue in Pāʻia on Friday night, police said.

The incident was reported at 9:31 p.m., on Friday, May 10, on Baldwin Avenue, just south of Holomua Road.

According to police reports, the 20-year-old Pāʻia man was operating a black Toyota pickup truck and was headed north on Baldwin Avenue, when the vehicle traveled off the roadway, up onto an embankment, and spun before returning to the roadway.

Police say the man was not wearing a seat belt and suffered critical injuries in the crash.

According to an accident synopsis filed by Police Officer Dukie Racadio, the involvement of speed, drugs and alcohol has not been determined as the investigation is still pending. 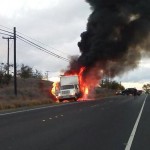 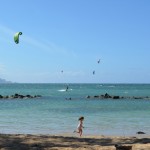 Swim Zones to be Enforced at Ka'a Point Over Safety Concerns